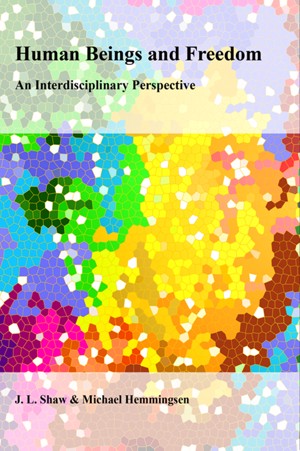 Some twenty professors have contributed to this volume, which brings together thinkers from a range of social science and humanities disciplines and incorporates both Eastern and Western thought.

Each of the main articles is followed by two responses from thinkers outside the author's discipline. Hence it gives rise to varied and interesting interdisciplinary discourses and critiques.

This book will be useful to undergraduate and postgraduate students as well as to professionals in the fields of humanities and social sciences.

"Could This Women's World Champ Be a Man?": Caster Semenya and the Limits of Being Human by Anita Brady
- This Woman is Also an African by Robbie Shilliam
- Naturalising Gender by James Meffan

The Disorder of Things: Foucault, Disciplinary Procedures and Enlightenment Discourse by Tony Schirato
- Foucault and the Politics of Self by Pat Moloney
- Parrhēsia and the Problem of Moral Authority by David Rosenbloom

Reassessing the Right to Laughter: Humour, Dissent and the Liberal Imagination by Nicholas Holm
- Tracking Footprints? by Mike Lloyd
- Laughter from a Historical Perspective by Dolores E. Janiewski

After Post-Socialism: Social Theory, Utopia, and the Work of Castoriadis in a Global Age by Chamsy el-Ojeili
- Against Overcorrection: Risking the Universal by Kate Schick
- Globalisation and the (Temporary) Death of Grand Social Theories by James H. Liu

Creating Lines of Flight and Activating Resistance: Deleuze and Guattari's War Machine by Robert Deuchars
- Romanticising Resistance?: Deuchars, Deleuze and the Possibility of Living Differently by Ben Thirkell-White
- The War Machine, Power and Humans as Social Animals by Ronald Fischer

The Nature of Human Beings: East and West by J. L. Shaw
- Reason and Persons in the Classical Greek World by Xavier Márquez
- Alternative Models of Freedom in Buddhism by Michael Radich

You have subscribed to alerts for J.L. Shaw.

You have been added to J.L. Shaw's favorite list.

You can also sign-up to receive email notifications whenever J.L. Shaw releases a new book.