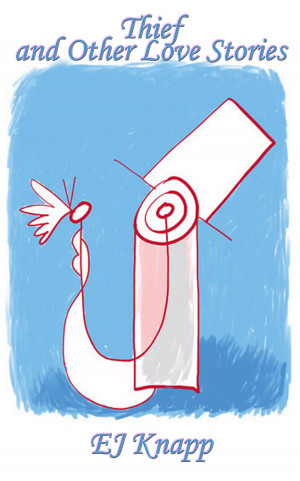 Thief And Other Love Stories

By EJ
Singing, dancing, murder and magic, the theft of a painting, a short trip to hell, a grand adventure and a despondent green monster. Nine short stories by the author of the non-fiction book Secrets of the Golden Gate Bridge and the novels Stealing The Marbles and Meter Maids Eat Their Young.

Price: $2.99
$1.50 USD
Buy with coupon Use the code SSW50 at checkout for 50% off during our site-wide promotion!
(Offer good through July 31, 2020 )
Have a better coupon?
Add to cart, then apply your coupon
Add to Library Give as a Gift
How gifting works
Create Widget
Tags: murder short stories love story witches hit man heist white house karaoke devil and god dogs adventure
About EJ

EJ Knapp was born during a thunderstorm in Detroit, Michigan, several years before the Motor City discovered fins. Raised in a working-class, blue-collar neighborhood, he morphed into the stereotypical hoodlum a teenager growing up on the west side of Detroit was expected to be. Dropping out of high school at sixteen, he hit the road in his ‘60 Chevy and has, in one way or another, been rolling down that road ever since.

You have subscribed to alerts for EJ.

You can also sign-up to receive email notifications whenever EJ releases a new book.