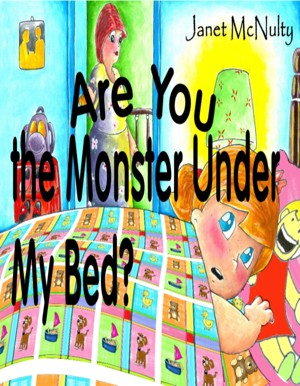 Are You The Monster Under My Bed?

This is a great book for bedtime or to teach your child how to read. Fun and cute.

I began construction on Legends Lost Amborese ten years ago while in high school. At the time it was merely a few pages of notes in a notebook. I continued working on the story of Amborese while in college in the hope of publishing it. That day came in August 2011 when the book was first printed.

Most recently, I have published the second book in Legends Lost: Tesnayr.

I keep myself busy writing the third and final novel in the Legends Lost trilogy: Galdin, which will be released in Summer 2013. You can learn more here: www.legendslosttrilogy.com

If you prefer something more contemporary try the Mellow Summers Series. Mellow Summers moves to Vermont to start a new life only to discover that she has a acquired a new ability: she can speak to ghosts. Join her as she is pulled from one mystery to another.

I have also published in the area of nonfiction: Illogical Nonsense. I had never planned on writing nonfiction, but when I had the chance to write a political commentary book, I took it. I enjoyed it and hope that it is insightful to any who read it.

Besides writing I also read, hike, and crochet. Sometimes I just wander around doing nothing at all. Every once in awhile a girl needs a break and these are great past times.

You have subscribed to alerts for Janet McNulty.

You have been added to Janet McNulty's favorite list.

You can also sign-up to receive email notifications whenever Janet McNulty releases a new book.