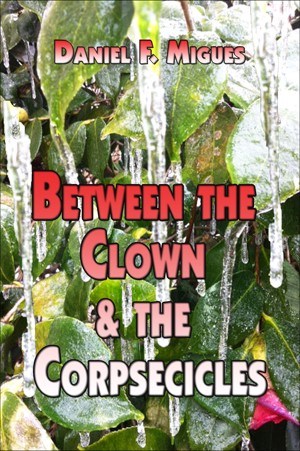 Between the Clown & the Corpsecicles

By Daniel F. Migues
Debbie McGee aproaches her old schoolmate, Tuba Lemoyne, to investigate a series of murders that have occurred every seven years over a thirty-five year period. She believes these to be the work of a serial killer. At first the detective is reluctant to get involved. But with the date for the next murder rapidly approaching, and Debbie's disappearance, he must act; and act quickly. More
Tuba Lemoyne arrives at work one day to find an old schoolmate, Debbie Benton McGee, waiting for him at his detective agency. She has come to request his help in preventing a murder; one in a series of murders by someone she believes is a serial killer.

After looking at the evidence she brought with her, Tuba is doubtful if the deaths are related. He is even skeptical that they all were murders. But when Debbie goes missing, Tuba must act, and act fast to prevent what might be the next murder in the series.

Daniel F. Migues was born in Biloxi, Mississippi where he graduated from Biloxi High School in 1969.

Following a failed attempt at Jr. College, he joined the Navy and served as a Dental Technician at various naval bases, marine installations, and aboard ship for almost two decades.

During his time in the military, he took college classes when he could, and in 1984 was graduated from National University, San Diego, California with a Bachelor Degree in Computer Science.

He worked in the aerospace industry until 2008 when he retired to what he calls his "third act": a new career as an author.

You have subscribed to alerts for Daniel F. Migues.

You have been added to Daniel F. Migues's favorite list.

You can also sign-up to receive email notifications whenever Daniel F. Migues releases a new book.