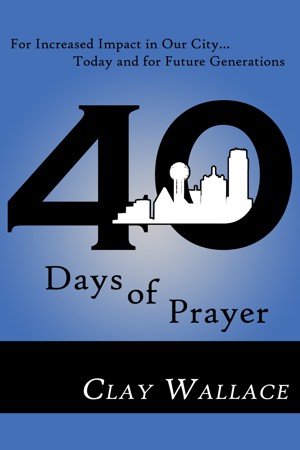 Clay & Barbara Wallace have worked in the inner city of Dallas since 1988. They have reached thousands of hurting children, teens and adults since they began working in a local church. Over the years, Clay and Barbara have proved themselves committed to the challenge of influencing lives. Some of the young men and women they have worked with over the years have gone on to be staff and volunteers at DMDC. Other have become college graduates, raised families and become productive members of society. Through the ups and downs of working in the inner city, Clay and Barbara are determined to make a difference in as many hurting lives as possible.

You have subscribed to alerts for Clay Wallace.

You have been added to Clay Wallace's favorite list.

You can also sign-up to receive email notifications whenever Clay Wallace releases a new book.