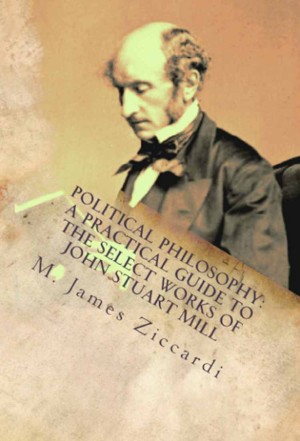 Political Philosophy: A Practical Guide to the Select Works of John Stuart Mill

Mill", M. James Ziccardi presents the key passages and principal ideas which are put forward in four of Mill’s most influential works: "On Liberty", "Considerations on Representative Government", "Utilitarianism", and "The Subjection of Women".

Combined with explanations from the author, this book examines in an easy to follow format Mill’s most important contributions to modern social theory, political philosophy, and utilitarianism, Mill's unique form of consequentialist ethics.

M. James Ziccardi lives in Southern California with his wife and daughter and has been a software analyst for over twenty-five years. Reading and writing about philosophy is his passion.

You have subscribed to alerts for M. James Ziccardi.

You have been added to M. James Ziccardi's favorite list.

You can also sign-up to receive email notifications whenever M. James Ziccardi releases a new book.