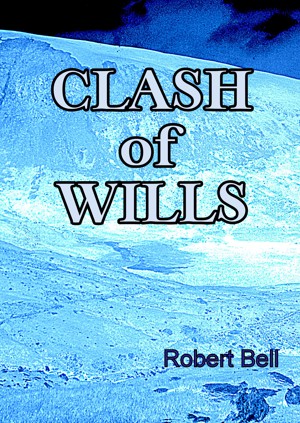 Robert Bell was born in the UK and after years of visits finally relocated to Thailand 7 years ago. Initially he lived in Pattaya, but has now relocated to Udon Thani in the North East [Isaan] of Thailand.

His first novel, Rough Diamonds, which he has made available for free download, draws heavily on his experiences in his early years living in Thailand, and frequent trips before then. Many of the more surprising events actually happened to him, although they are set in a fictional bar. The characters take traits from various guys he has met in Thailand, as do the locations.

The story of the characters, and venues, Robert created continues in Diamond Fellowship and Facets of Thai Diamonds. History is revealed, and they set up a business empire.

In his fourth book, Final Closure, a past that Paul Swift thought he'd left behind in Germany, comes to control the present. The fictional sois that Robert created are the backdrop to this thriller, but the characters are new. They realise however, that it isn't Final as his latest book, The Fifth Man, follows Paul as he tracks down the puppet master. Robert is working on a further instalment of the Thai Diamonds story, provisionally entitled 'Polished Diamonds'

A short story marks a departure for Robert. The first, 'Clash of Wills' is the story of set in North Yorkshire where Ray returns to take care of his father's funeral and finds things aren't as expected, as he slowly discovers the truth about his father.

His time living in Isaan has exposed him to 'Isaan Black Magic' which was the inspiration for two books. 'Run Away From the Tiger, Face The Crocodile' relates the journey of Martin and Rene to overcome their demons at a 'temple' in North East Thailand. They have a feeling that they are dealing with forces they don't understand. In 'The Sesame Seed Burns Before The Cashew Nut Cooks' Sean visits Thailand and meets Tam. Tam believes in Black magic but the events which take place in Udon shake that belief

'Filipino Cruz' sees the backdrop change from Thailand to Manila as four young guys decide on their future. The follow up, 'Thai Cruz' sees them visit Thailand. The story will conclude in 'Cruz Control'.

You have subscribed to alerts for Robert Bell.

You have been added to Robert Bell's favorite list.

You can also sign-up to receive email notifications whenever Robert Bell releases a new book.