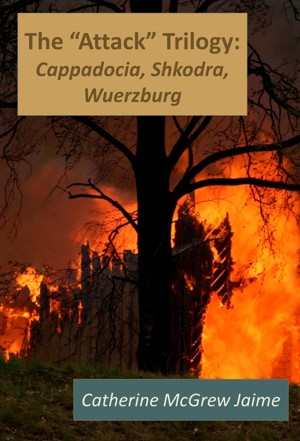 These three short stories look at historic attacks in Cappadocia, Turkey, Shkodra, Albania, and Wuerzburg, Germany through the eyes of a mother, children, a priest, soldiers, and more.

Early reviewers said of the Cappadocia tale: "Great story of faith and courage! I really enjoyed it."

Historian, and Author, Homeschool Mom of 12

You have subscribed to alerts for Catherine McGrew Jaime.

You have been added to Catherine McGrew Jaime's favorite list.

You can also sign-up to receive email notifications whenever Catherine McGrew Jaime releases a new book.