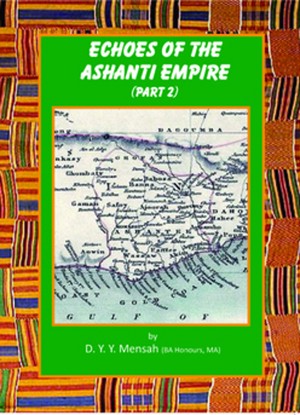 Echoes of the Ashanti Empire Part 2

I was born in the Summer period of 1965 in the Elizabeth Garrett Anderson Hospital which was famous for being the only all female staffed Hospital in the United Kingdom. I was born in Belsize Park, North West London.

However, I spent my entire childhood and early adult life growing up in South West London. I attended primary and secondary schools in Balham. I first developed a passion for writing at the age of 11 years old when I entered into a writing competition that was organized by the ‘News of the World Newspaper’. This Sunday Newspaper was the largest selling tabloid at the time and was read by millions of people. I won a cash prize and a reporter visited me at home to take my picture and write an article. The attention that this article received was amazing as my parent’s friends and relatives all seemed to have seen the article and wanted to congratulate me. However, at Secondary School it was bit different. The Head Teacher and the teachers were obviously proud of this achievement by one of their pupils but as for my friends (and other pupils) I was to be teased for at least a month. Looking back at those days now I think it was then that I realized that I did have some talent for writing stories and in later years I have linked it to research.

I attended the University of Westminster (1994 to 1999) and obtained a BA Honours Degree in Housing Management and Development and MA Housing Practice (1999 to 2001). Participation at University enabled me to learn and develop useful research skills which I hope to demonstrate in my publications.

I have developed a real passion for researching African and European History (and politics) and trying to uncover new details about key known and unknown events that occurred during the period that is being covered. My interest in politics comes from the fact that I am directly related to the late Mr. Krobo Edusei (younger brother of my Grand Mother) who was a key colleague of Dr. Kwame Nkrumah. I am immensely proud of the fact that Mr. Krobo Edusei (my Grand Mother’s brother) along with others made a direct contribution to gaining independence for Ghana on the 6th March 1957. Ghana was the first sub-Saharan African country to gain independence and this encouraged others to press for self-rule from the European colonial powers. I am also proud of the fact that my Grand Father and Great Grand Father are descendents of the Ashanti Royal Family.

My interests are football, politics, history, current affairs, traveling and music. I am the proud father of two sons and also have a grand daughter.

You have subscribed to alerts for Dennis Mensah.

You have been added to Dennis Mensah's favorite list.

You can also sign-up to receive email notifications whenever Dennis Mensah releases a new book.