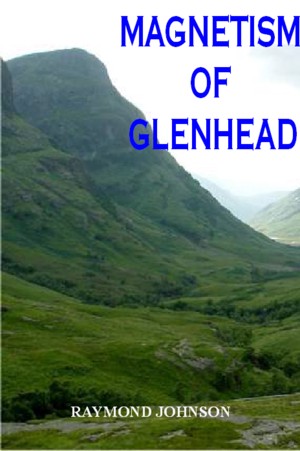 By Raymond Johnson
Set in a Scottish glen a young couple got married just before the onset of war.All eligible men in the glen were called to service
leaving the women to cope More
Set in a Scottish glen 1939 A young couple started their married life. Soon a shadow was cast by the threat of the Second World War. When it was announced the eligible men had no choice but to take up arms, leaving the glen. Now very short of workers it soon became obvious the women had to takeover. Wives and families had to become independent. The women all looked to Fiona Mclean to do the organizing this was approved by Lord Glenhead. Finding herself pregnant and faced with bringing a child up on her own, not knowing if her husband would ever know, was a terrible burden for her to secretly carry when so many relied on her to provide the requirements for the glen.

Born Prudhoe on Tyne, Northumberland, England 30 November 1937
I left Prudhoe west school at 15 1952 just before Christmas and started work in between Christmas and the New year in a local Garage for the princely sum of £1and 2s and 6p (113 pence) for a 48hour week. It seems Laughable considering the minimum wage is (613 pence per hour) the days of slave labour are over. Completing my apprenticeship in March 1959 followed by 2 years compulsory National Service serving overseas. Joining BKS, now British Airways as a ground Equipment Engineer. Also having other interests I qualified as a (Fellow of the international council for Health and Holistic Therapist’s) FICHHT now retired. I joined a creative writing class discovering I could write poetry having published over 100 poems, one in particular which I received a thank you letter from Her Majesty Queen Elisabeth 2nd. Other interests a sequel to Lord Rupert Blocky, also a study of the problems of Dyslexia
Find out more about me on raymond.johnson.9237244@facebook.com

You have subscribed to alerts for Raymond Johnson.

You have been added to Raymond Johnson's favorite list.

You can also sign-up to receive email notifications whenever Raymond Johnson releases a new book.