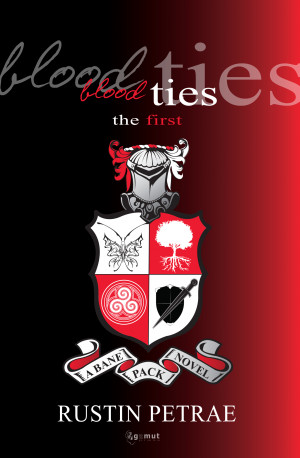 By Rustin Petrae
Rated 3.57/5 based on 7 reviews
Kendra just wanted a change. All her life, people have made fun of her or walked all over her. After a really bad day at work, she's had enough. It's time for a change. So she decides to get a tattoo. Change is what she asked for and that's what she gets. She's faster, stronger, and now she's extremely hot! But what price will she have to pay for her amazing new transformation? More
All Kendra wanted was a change.

After a bad day at work, she wants this more than anything. She goes to an old friend for comfort and decides it’s time for that change to happen. So she gets a tattoo in a last ditch effort to make people see her differently. She never would’ve bargained for what comes next. She’s seeing better than she ever has in her life. She can smell and even tell the difference between scents. She can hear a fly buzzing from fifty feet away. She’s faster. Stronger.

But is the price of these changes too high? And what about the shocking revelation of who-and what-her biological father really is?

Sometimes change can be good…and then there’s the other times.

Rustin Petrae is an Art Director and graphic designer from Ohio. He was actually born in San Antonio, TX but grew up in Japan and Korea. The experiences gained from living in Japan (Misawa Air Force Base) and Korea (Yongsan Army Base and Osan Air Force Base) have helped shape his writing. Living among other cultures did a lot to expand his worldview. He started writing very early on but was interested in becoming an author even back in elementary school. In fact, when asked what he wanted to be as part of a school project, he said he wanted to be either a cartoonist or an author. While he still draws here and there, he spends most of his time working to hone both his graphic design skills and his writing skills. He creates all of his own covers and has written several stories, flash fictions, a few novellas, and five novels.

To get up to date news on of Rustin's projects, some freebies, and more, check out his offical website at: rustinmpetrae.wixsite.com/rustinpetraeagd.

I was given this book for an honest review!

First off, I really liked the writing style of this author. He does know how to grab a person and reel them in.

The heroine is Kendra, who at first was one of those weak females I love to hate, so wasn't sure I was going to like this book at all. When someone at her job upsets her, she goes running to a tattoo shop to talk to her friend Merle who decides to put a "special" tattoo on her.

There the action begins. There were a LOT of twists and turns to the story after that, and it kept my attention throughout the book! There were a lot of surprises every time I turned the page and I looked forward to it so much, that I read this book in one day.

If I have one thing to say about this? It went a little TOO fast for me, and it could have been slowed down a bit in the beginning from when she has the tat to when she finds out what and who she really is.

Needless to say, I look forward to the next one in the series!

not bad, i read this in one sitting, fairly easy read, the author doesn't loose loose you in too much description, but there is still plenty. The down side? limited plot line, the story was pretty simple,easy to predict. and in my opinion didn't have a massively grabbing feel to it. but otherwise an average pleasant brain candy type of thing to read.

(review of free book)
Amy Hildebrand reviewed on May 6, 2013

I was given this book for free, in exchange for a review.

While I did love how Rustin gave us a new spin on becoming a werewolf. That was very original and very unique. And I also liked that Kendra is a female Alpha, this is very rare, it’s always a male. The action is this book, was what got me to finish the book. I didn’t truly care about any of the characters.

This book has all the elements I love, it still left me wanting more. There were places in the book where there was too much detail and then in other places, not enough. I really felt like this book could have used another once over by a beta reader/editor.

I liked this book, and it was a new take on werewolves. Poor Kendra has had a tough life and now she is learning things she never knew about her friends and family. There is intrigue and betrayal throughout the book. I was really sucked into the story for the first 2 parts, and then it cooled off a little which I attribute to this being the first book in the series. I will definitely continue reading this story because there are many things that we don’t know yet, and I’m looking forward to seeing where the author goes this with. This is a new author for me, and I think he did a nice job with the story.

Had I know what the true premise of the novel was, which not even the Amazon sample alluded to, I would not have picked this novel. I believed it to be about a girl who got magical powers from a tattoo. While that did happen, it certainly wasn't the type of power I had envisioned. Aside from that, since it was what the author had in mind, Rustin definitely succeeded when he wanted to create his own spin on werewolf origins and stereotype. I appreciated his back stories and how he tied it in throughout the novel, the twists with villains, and the concept of the Knights with their Mage partners.

Had this book been solely about the mages and knights, it would have appealed to me more. But that's just my personal opinion, since I tend to avoid werewolf, vampire, or angels/demons in literature.

The author could have used a bit more description. While it made this book a quick read, the way he told the story, instead of showing it, didn't give the reader much to dig into beyond the surface. I do believe the characters could have used a little more depth. Though it was his intention, how characters seemed to change from the readers' first impression of them was a bit off-putting. I must say Kendra accepted things so quickly, considering only a day or 2 had passed, that it was a bit unrealistic.

Yet for those who enjoy this genre of literature, this novel is worth a read. As the epilogue shows, it definitely sets itself up to become an interesting series.

I have always been drawn to stories about werewolves, vampires, and other creatures of the horror genre; this book was no different. It was an easy read with plenty of dialog and action to keep you turning the pages so to speak. I enjoyed the novel and finished it in two evenings. I look forward to the next one in October. Mr. Petrae has a new fan. My only drawback was that the novel could be longer. I have added it to my website as a recommendation with a click link. I hope others give it a chance; it is well worth the price and an enjoyable read.

You have subscribed to alerts for Rustin Petrae.

You have been added to Rustin Petrae's favorite list.

You can also sign-up to receive email notifications whenever Rustin Petrae releases a new book.