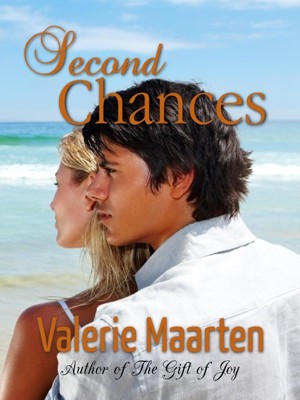 Rated 4.80/5 based on 5 reviews
Kadi Crowe has spent her entire life believing in her father's innocence, but can she prove it?

Dain McKnight lays-in-wait to wield his own brand of justice befitting a cold-blooded murderer.

Is his love for Kadi stronger than his hatred for her father? More
Kadi Crowe has spent her entire life believing in her father's innocence, even after he's served his 20 year sentence. But when another young girl is discovered brutally murdered, her father is the prime suspect. She knows he's innocent, but can she prove it?

Dain McKnight waited for the day when he could finally wield his own brand of justice on the man who was convicted of murdering his sister, 20 years earlier. It will be the only justice befitting a cold-blooded killer.

Then a chance meeting with Kadi slowly begins to sow the seeds of doubt in his mind. But, is Dain's growing feelings for Kadi stronger than is hatred for her father? Or will his disdain deny any of them the hope of second chances?
Available ebook formats: epub mobi pdf rtf lrf pdb txt html
First 20% Sample: epub mobi (Kindle) lrf more Online Reader
pdb
Price: $3.99 USD
Buy Add to Library Give as a Gift
How gifting works
Create Widget
Tags: fiction romance contemporary contemporary romance suspense fiction crime and love romance suspense
About Valerie Maarten

Let me introduce myself...

I have been writing ever since I discovered that letters made sounds and a combination of letters made words. It wasn't until recently that I decided to share my work with the public at large.

It's true what people say about writers, "they don't write for fame, fortune and glory...they write for the love of writing and sharing." I'm sure most of my fellow writers know what I'm talking about. I know I'm not the only one that invested in rubbermaid storage bins to store your earlier, written work (before the laptop), just in case you decided to go public.

The only thing I love more than writing, besides the obvious (God, family, life and country), is reading. As you will soon learn, I have an eclectic taste in what I read. There isn't a romance genre that I will pass up. I've recently began reading suspense and paranormal romance and have dabbled in the vampire series, once in a while.

But one day, I'm going to reach in my storage bin and dust off that masterpiece I've been working on.

Second Chances
Kadi Crowe has spent her entire life believing in her father's innocence, but can she prove it? Dain McKnight lays-in-wait to wield his own brand of justice befitting a cold-blooded murderer. Is his love for Kadi stronger than his hatred for her father?

Second Chances is a very intense yet enjoyable story. Amazing how the lives of so many people can be destroyed by mere chance. Valerie is such a talented author, if you aren't careful you will find yourself so engrossed you will forget the story is fiction. The romance, suspense, and thrill of it all will have you flipping pages faster than you can read. I highly recommend Second Chances.

Second Chances had a common theme throughout and centered around two families. The lives of two families were forever changed overnight. We first meet Hanna while she is babysitting 7 year old Kadi. As Kadi sleeps, Hanna calls her hot tempered ex-boyfriend who broke up with her because he had already moved on. Hanna tells him she’s pregnant and they agree to meet later that night. The next morning, Hanna is found dead. Kadi’s father Ryan Crowe, is accused of and eventually convicted of murdering Hanna. Ryan is sentenced to 20 years in prison. Hanna’s younger brother, Dain, vows to kill Ryan in 20 years when he is released from prison. The ripple effect of one incident caused many more families to suffer because one person chose to remain silent by not telling the truth.

Second Chances is told from each character's view, but mainly Dain and Kadi. As a reader, we were able to read how each character is feeling and thinking at the time. We were able to understand the purpose of their actions as they happen. As adults, Dain and Kadi end up in the same bar not knowing each other’s past. It is now 20 years later and Kadi is on her way to reconnect with her dad. Dain is waiting to make his move to make his vow a reality. He’s set to kill Ryan Crowe. Until he runs into Kadi. Dain is struck by Kadi’s beauty and Kadi is intrigued by Dain.

I really didn’t care for Dain’s rage and abusive nature. If he didn’t possess such anger and violent thoughts, he could be a really great guy. I personally don’t associate with anyone with that type of personality, especially as a parent and wife. I wouldn’t want that around my family. When Dain and Kadi were together, they both seemed to spark each other’s rage and feed off of each other. At times, their relationship was tumultuous roller coaster.

Kadi plays detective to prove her father’s innocence. Meanwhile, Dain is doing his own investigating. With the same passion and determination over finding out the truth, their friendship eventually turns into more. They are both investigating the same case but fail to share what they learn.

Kadi and Dain’s love for one another is a strong bond. Through the maze of finding out the truth to who killed his sister Hanna, he is unable to fully give himself to Kadi. At least not until he knows the truth. He needs to know if Ryan Crowe is innocent.

Second Chances is about two families finding a second chance at life, love, family, and the future. Overall, this book was an exciting, romantic, and suspenseful read.

(reviewed 7 days after purchase)
Kathy Pickett reviewed on Nov. 15, 2011
(no rating)
Second Chances was excellent and I thoroughly enjoyed this book from beginning to end. I'll be looking to read more of Valerie Maarte's work.

(reviewed 22 days after purchase)
Shanna Damron reviewed on May 5, 2011
(no rating)
This is one I can honestly say I loved!! I fully intend to find the rest of Ms. Maarten's work!! The characters were unforgetable, the storyline kept you guessing yet so informed, and once I started it I couldn't stop!! This book will be in my library for many years to come and it will be one of those that I'll re-read many times over!

Sincer her father was convicted of murdering twenty years ago, Kadi Crowe has had a hard existence. She hasn't dared herself to feel emotion or love in the environment that she was thrust into through no fault of her own. When her father is released from prison, and another similar murder takes place, she sets about trying to prove his innocence.

Dain McNight has been festering with revenge ever since Kadi's father was convicted of his sister's murder. His only life centres around his work, with no time for personal relationships. Now that he's been released, he want's to give out his own death penalty! But when he meets Kadi on her crusade, he doesn't plan on his feelings for her. Now both of them have a second chance in life...

This was well-written and full of suspense. I felt myself rooting for both Kadi and Dain, who were damaged by uncontrollable events in their lives. The idea of having a second chance is something that we should all believe in!

What to say about this book? Hmm, Second Chances. Well, I started it this morning around 5:45am and here it is 4:06pm and I am writing a review! Mind you I had to stop to be a mom and do some school work.

Second Chances is about just that, second chances. It shows that for everything there is a reason, even if you can't see it at the moment that it's happening. Maybe, just maybe you can finish this book with the feeling that there is still good in this world and people do forgive, people can . . at times . . admit when they were wrong about something. AND maybe, just maybe you can walk away from this book looking at others in a different light. You NEVER know what life it is that they have had . . get to know a person before you judge them. This book for sure shows the way things can go from good to bad so quickly and just how it can take a million times that to make it go back to good.

I completely enjoyed this book, and would highly recommend it.

Wow! Second Chances was a very moving book! Ms. Maarten wrote the characters brilliantly. She wrote scenes so well that I went through quite a bit of tissues reading on my lunch breaks at work. The events that occurred in her story, if they were real (non-fiction) world are shocking and horrible. They are still those things but I continued on because I felt for both Kadi our heroine and Dain our hero. Most of the secondary characters were good, I felt for them too, but not as strongly as for Kadi and Dain. I had to re-read the last few chapters because by that point in the story I was terrified of the villain, Bobby, and I was afraid Ms. Maarten would have him do something to our girl Kadi so I skimmed. Yes, I'm a wuss. She wrote Bobby so well, I was sitting at lunch with my arms around myself only letting go to turn the page on my Kindle. Sigh. When I got to the end without bloodshed, I went home and re-read the end so I could write this review. It was a very good book. I enjoyed weeping over it, being terrified by parts of it, and loving Dain, Kadi’s knight. I do recommend this.

You have subscribed to alerts for Valerie Maarten.

You have been added to Valerie Maarten's favorite list.

You can also sign-up to receive email notifications whenever Valerie Maarten releases a new book.