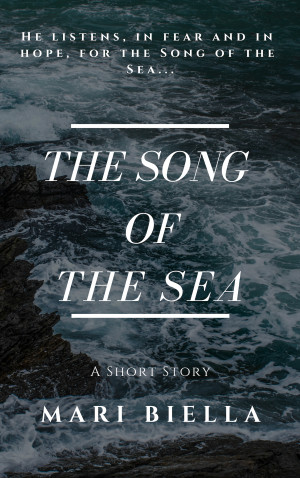 The Song of the Sea

Mari Biella was born in Wiltshire and grew up in Wales. She has been writing from an early age, and her mother still has some highly embarrassing poems and stories to prove it. Her published works are "The Quickening", a psychological ghost story set in the Victorian Age, and "Loving Imogen", a collection consisting of a novella and three short stories. Her free short story, "The Song of the Sea", may be downloaded at Smashwords.

Mari currently lives in Northern Italy with her husband. She’ll read just about anything she can get her hands on, but particularly enjoys literary fiction, psychological horror, and crime fiction. She blogs at http://maribiella.wordpress.com/ and www.authorselectric.blogspot.com/, and tweets as @MariBiella1. Find her on Facebook at http://www.facebook.com/mari.biella or on Goodreads at http://www.goodreads.com/author/show/5817666.Mari_Biella. 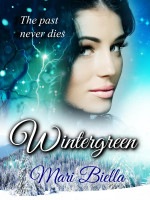 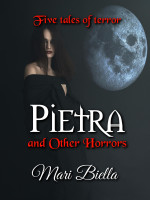 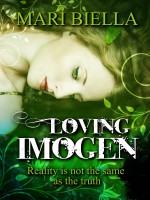 Reviews of The Song of the Sea by Mari Biella

I've known Mari Biella's work for some time through 'The Quickening', a terrific and genuinely creepy ghost story, but this the the first short story of hers I've read.

'The Song of the Sea' does not disappoint. It has all the elements of a classic supernatural story and is written with a style and simplicity often lacking in modern tales. I enjoyed the beautifully, evocative language, the distinct feeling of being 'in' the story and an immediate involvement in the life of the protagonist.

Ms Biella should be proud of this work - it is everything a short tale of the unknown should be and perhaps a little more.

I am always thrilled to find writers who know how to craft a story, know how to make language work for them...and thus, for the reader. Song of the Sea is that kind of story: beautifully rendered, expertly crafted, haunting, exciting...and such a refreshing discovery by an Indie writer who is, without question, the REAL DEAL. I applaud you, Mari. I will be seeking your other works, now, knowing that if this story is a representative example, I will be well-pleased.

I liked The Song of the Sea very much. The short story tells of a man who is the village eccentric. He gave up fishing as his livelihood because something terrible happened at sea that he won't talk about. The story is told by his caregiver and confidante. The Song of the Sea is a supernatural tale that has an old-fashioned feel to it but is simply told, without antiquated prose. I was hooked in from the very first page (no pun intended!) and found reading it an easy and entertaining little trip through fantasy. Mira Biella's imagery worked on my imagination. I could see what she described as if I was there, experiencing the action myself. I'm looking forward to reading more of her work.

A fairly simple story, exceptionally well told, which holds the interest throughout and paints a vivid picture despite using a simple vocabulary.

'The Song of the Sea’ is a well-told, classically-crafted story of sailors and the sea, or rather some of the horrible things that may be found in the sea. A deliberately though not at all slowly paced tale told in the style of Ambrose Bierce or Algernon Blackwood, it hearkens back to a type of story no longer really told, or at least not told so well.

The last sentence of the story is my favorite, and indicative of the care and craft that went into the story’s creation: Yet still, like a lonely satellite circling a terrible star, his steps carry him back to the harbour at dawn and dusk, when the sun is swallowed and the water runs thick and red, and he listens, in fear and in hope, for the Song of the Sea.

Yes. It is all that well told.

You have subscribed to Smashwords Alerts new release notifications for Mari Biella.

You have been added to Mari Biella's favorite list.

You can also sign-up to receive email notifications whenever Mari Biella releases a new book.