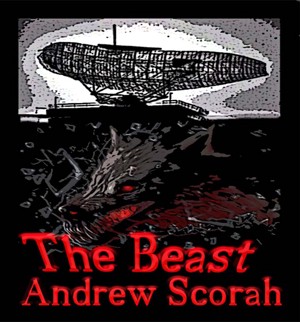 By Andrew Scorah
A dying man recounts a tale of terror. More
When a group of strangers come together to work at Camp Hero in Montauk, they uncover a plot that has its genesis back in the mists of time. A plot that would lead to the decimation of a large part of the worlds population and the control of time itself. They have to face their own fears and darkness within to deal a blow against the controllers of the past and masters of a dystopian future.

Andrew Scorah-1965-, I was born in Doncaster south yorkshire but moved to Swansea in 1999. Andrew has worked in a variety of jobs over the years,mostly in the security industry. He worked as a security supervisor at the Dome leisure centre in Doncaster for many years, after that he became a DJ and karaoke presenter before moving to Swansea with his fiancee Lisa. In wales he worked for a firm specialising in security for various events such as football matches, music concerts, and such prestigious events as the Brit Awards, and door security. Andrew always wanted to be a writer but life got in the way, now an 'old fogie' he has taken up the pen again. He has just had a short story published, Eastern Fury, you can find this in ACTION:Pulse Pounding Tales, a book of some of his poems, A Collection in Time, is also published on Amazon. At the moment he is putting together a collection of short stories involving the character from Eastern Fury and doing research for a gangland novel set in Swansea. I have also published Eastern Fury and Other Tales featuring a trio of adventures featurng my character from the Action novel.

You have subscribed to alerts for Andrew Scorah.

You have been added to Andrew Scorah's favorite list.

You can also sign-up to receive email notifications whenever Andrew Scorah releases a new book.