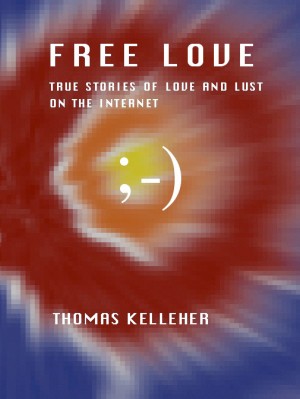 Free Love – True Stories of Love and Lust on the Internet

Nearly 40 million singles in America share a personal little secret. They're using the Internet to look for true love and/or lust online. "Free LOVE – True Stories of Love and Lust on the Internet" documents this popular trend and presents a collection of actual online ad postings as they originally appeared and the stories behind them – all told in the posters’ own words, warts and all.

For over thirty years Thomas Kelleher worked as an advertising executive and brand strategist in Europe and the United States, creating global ad campaigns for some of the world’s largest, best-known brands. He was also the President/co-founder of his own ad agency, Amp Communications, in San Francisco.

Thomas now works as an independent strategist/consultant while also indulging his other passion as a writer. As a keen observer of technology, culture, consumer behavior and emerging trends, it was only a matter of time before his first book "Free Love – True Stories of Love and Lust on the Internet" was born.

Originally from Washington State, and a graduate from WSU, Tom’s lived in Seattle where he drank lots of coffee and wore lots of flannel but still considers England his second home; where he resided next to the Queen and grew to love warm beer, woolly jumpers, fruit machines, driving on the wrong side of the road, and something called “Spotted Dick.”
(It’s a dessert.)

Thomas Kelleher now lives in the San Francisco Bay Area with his family, feral cats and rescue dog, and is busy working on his next book about adoption in America.

You have subscribed to alerts for Thomas Kelleher.

You have been added to Thomas Kelleher's favorite list.

You can also sign-up to receive email notifications whenever Thomas Kelleher releases a new book.