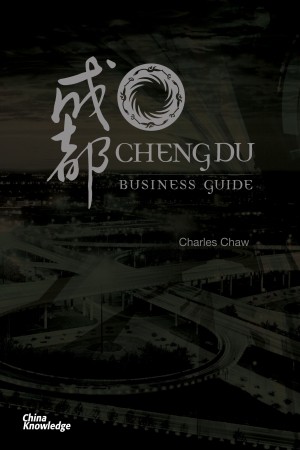 By Chong Loong Charles Chaw
Rising costs and intensified competition in Beijing, Shanghai and other coastal cities have caused many investors to shift their attention to other parts of China.From its rich history to current economic and social developments, lifestyle choices to essential investment tips, Chengdu Business Guide is more than a quick read on investing in Chengdu. This book offers a insider knowledge on Chengdu.

Charles Chaw is the author of many business guidebooks and market research reports on China. His bestselling: “Manufacturing, Outsourcing and R&D in China” is the first rating guide on China’s industrial parks across the country.

Began in 2000, he has researched, consulted and promoted China’s most established industrial parks. Today, his rating on hundreds of industrial parks set the benchmarks for the sector and made available in Bloomberg BMART, FactSet, Standard & Poor’s Capital IQ and Thomson Reuters Research Bank.

Under his leadership, the company has published hundreds of research reports covering more than 40 industries on China for over a decade.

Leveraging on his extensive knowledge and experience on China’s industrial parks development, he has produced a 5-episodes television documentary program titled: “Inside the World Largest Factory” in 2004, and another 6-episode: “Inside China Next Powerhouse” in 2007. Both programs were broadcast internationally in 4 languages.

You have subscribed to alerts for Chong Loong Charles Chaw.

Would you like to favorite Chong Loong Charles Chaw?

You have been added to Chong Loong Charles Chaw's favorite list.