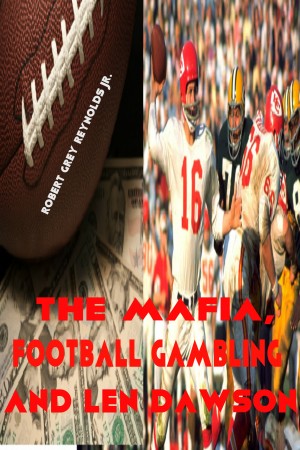 By Robert Grey Reynolds, Jr
Former NFL Quarterback Len Dawson is a controversial sports figure. A member of the National Football League Hall of Fame, he led the Kansas City Chiefs to victory in Super Bowl IV, in 1970. However, there are legitimate doubts about his complicity in "fixing" games between 1966-1970. He associated with gamblers. A Detroit grand jury named Dawson as part of a nationwide gambling scandal in 1970 More
Len Dawson was a Pro Bowl quarterback for the Kansas City Chiefs in the 1960s and 1970s. He led the American Football League team when it won the World Championship of pro football in 1970. A family man, he resided with his wife and two children in a luxurious home in suburban Kansas City. He was often injured as a player. My e-book suggests a link between injured athletes and their vulnerability to be targeted by gambling bookies. Another quarterback known to associate with underworld figures was Bobby Layne. Layne was a carouser and an associate of gamblers. He suffered a broken ankle which ended his season in 1957. Dawson's left knee was a chronic problem. He was advised by a team of physicians to have surgery on the medial ligament of his knee. Dawson's phone number was found among the possessions of Donald "Dice" Dawson (no relation) when he was arrested in Birmingham, Michigan in 1970. The FBI confiscated more than $400,000 from "Dice". Len Dawson also knew "Jimmy the Greek" Snyder and various individuals in the Kansas City Mafia.