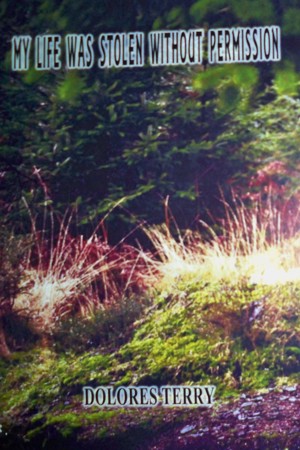 MY LIFE WAS STOLEN WITHOUT PERMISSION

By Dolores Terry
What should have been the blithe years of a young girl's life were stolen when she was unexpectedly thrown into a new world. After a fun night out with a girlfriend, she woke up in a strange place with what seemed like a hangover.
Her first thought was that her friend was playing a gag on her, but the plot thickens when she realized that might not be so. Read to find out whom, where or what happen

Dolores Terry is the youngest daughter of the late Tom & Susie Terry of Oxford, North Carolina. She was born the eleven child out of twelve. Dolores is married with three daughters. She has a degree in Applied Science in Respiratory. She retired early because of her illness and pursued her second love, which is writing. Dolores put a lot of herself into each one of her books, trying to make them unique from any other writer. Even as a young girl, she used to tell many stories to her friends and family. You can contact, Dolores about her books through her email. She resides in New York City.

You have subscribed to alerts for Dolores Terry.

You have been added to Dolores Terry's favorite list.

You can also sign-up to receive email notifications whenever Dolores Terry releases a new book.