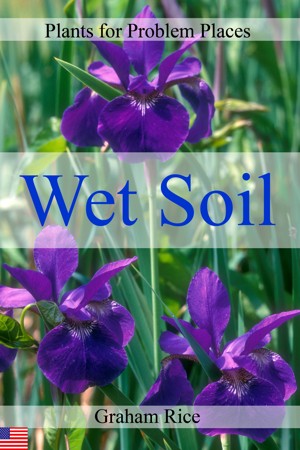 Graham Rice is one of the highest-regarded garden writers in the world. He is Editor-in-Chief of the American Horticultural Society’s Encyclopedia of Perennials (2006), which is the largest book of its kind ever published. He is also author of more than 20 other books, including the Reader's Digest Complete Book of Perennials, Hardy Perennials (named best garden book by the British Garden Media Guild), and Discovering Annuals (finalist for a Guild Award) and The Ultimate Book of Small Gardens. He has won another Garden Media Guild award for magazine writing and another for the UK edition of his Encyclopedia of Perennials.

He has earned Garden Writers Association of America awards for writing in a wide range of media, from magazine to web, including an award for his article, “Bambi, or Buzzsaw?” about the problem of deer in American gardens. In all, he has the rare distinction of winning three garden writing awards on each side of the Atlantic.

A noted journalist, Graham has covered gardening topics for many major newspapers and magazines, and has written weekly as Gardening Correspondent for two top-selling British newspapers, The Observer and the London Evening Standard. He has also written for many garden magazines, including Horticulture, Garden Design and The American Gardener in the USA, and BBC Gardeners’ World magazine and The Garden (the Journal of the Royal Horticultural Society) in Britain. He judges at the world famous Chelsea Flower Show. His blogs, Transatlantic Plantsman, and New Plants (for the Royal Horticultural Society) are followed avidly.

Graham Rice was trained in horticulture at the prestigious Royal Botanic Gardens, Kew, England. His marriage to American garden writer/photographer judywhite is a horticultural love story; they met while both covering the Chelsea Flower Show in 1997. Their stock photography library, GardenPhotos.com, has an inventory of over 250,000 images, their photos have been published in many major markets, and they have exhibited at the Smithsonian Institution. The pair have published two gardening books together, with Rice as author and judywhite as photographer. They divide their gardening time between Pennsylvania and England.

You have subscribed to Smashwords Alerts new release notifications for Graham Rice.

You have been added to Graham Rice's favorite list.

You can also sign-up to receive email notifications whenever Graham Rice releases a new book.