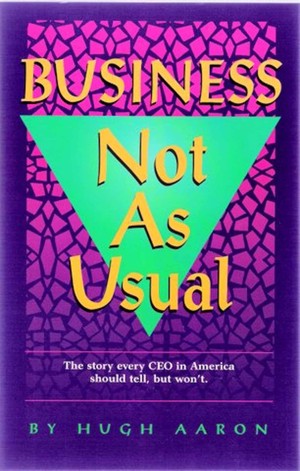 Business Not As Usual: How to Win Managing a Company Through Hard and Easy Times

By Hugh Aaron
Aaron's 240 page narrative, an expansion of an article series he wrote for the Manager's Journal column of The Wall Street Journal, is candid and wise, but it's also cuttingly self-critical. Perhaps that's why he coined the book's subtitle: "The story every CEO in America should tell, but won't." More
Hugh Aaron's new book doesn't quite have it all. Sure you can find blood, guts, pathos, drama, comedy, tragedy, wisdom, and even sex in its pages, but something's missing. The book is refreshingly un-academic; perhaps that's one reason it's so effective as a tutorial manual for running businesses today.

Aaron's 240 page narrative, an expansion of an article series he wrote for the Manager's Journal column of The Wall Street Journal, is candid and wise, but it's also cuttingly self-critical. Perhaps that's why he coined the book's subtitle: "The story every CEO in America should tell, but won't."

As he takes readers into the hills, valleys and trenches he occupied for two decades as chief executive of his own company, Aaron makes it clear that whatever wisdom he's gained has been gained on the job - often at a very high personal price. Having successfully faced virtually all of the vicissitudes, challenges, frustrations, and satisfactions any business could offer, he writes about it all in a down-to-earth tone. Moreover, Aaron is clearly at ease discussing his past failures. He unabashedly throws the spotlight on management ploys gone awry, bad hiring decisions, and episodes of misjudgment in the marketplace.

"My theme throughout this book is this," says Aaron in his preface. "Accept responsibility for what happens; face the truth no matter how brutal it is; and don't expect quick fixes and easy solutions." As the book's chapters unfold, that philosophy is tested again and again - in thriving times as well as recessionary years.

Throughout it all, the author demonstrates his belief that people are the very heart of the matter - whether he's talking about the nuts and bolts of creating an incentive plan for salespeople, giving part ownership of the company to employees, or struggling with a recalcitrant business partner. Instinct and intuition are not enough it seems. Arriving at good decisions requires experimentation in the laboratory of the workplace. For all his un-academic demeanor, Aaron is a master scientist.

Hugh Aaron, born and raised in Worcester, Massachusetts, is a graduate of The University of Chicago where his professors encouraged him to pursue a literary career. However, he made his living as CEO of his own manufacturing business while continuing to write. Since he sold his business in 1984 he has devoted full time to his writing resulting so far in two novels, a travel memoir, two short story collections, two collections of business essays, a book of movie reviews, a child's book and a letter collection. The Wall Street Journal also published eighteen of his articles on business management and one on World War II.

He has written eleven full length and sixteen one-act stage-plays. His most recent books are a collection of five novellas entitled QUINTET in 2005, a second collection of essays on business in 2009, and a second collection of short stories in 2010. Most of his plays deal with contemporary issues, several have had readings at local libraries, churches, and in private homes. One of his full length plays was given a world premiere production by a prize winning theatre company in June 2009 in New Bedford, Mass. The author resides in mid-coast Maine with his artist wife. 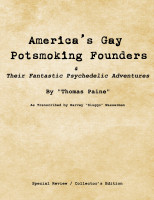 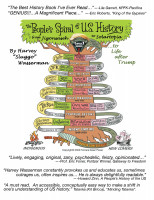 You have subscribed to alerts for Hugh Aaron.

You have been added to Hugh Aaron's favorite list.

You can also sign-up to receive email notifications whenever Hugh Aaron releases a new book.