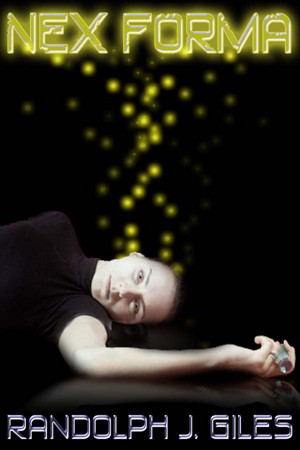 Unlike the atomic or nuclear bombs Professor Martinelli’s formula is exacting in its target of annihilation.

Professor Martinelli reached out to the President for assistance, but his call for help was intercepted by government parties unknown.

Now corrupt forces from United States government agencies are out to obtain Professor Martinelli’s formula by any means necessary. But little do they realize that he will never surrender his formula that as far as the safety of his project goes, no one can be trusted and we are all. . . expendable.

I was born and raised in the South Bronx, New York a stone throw distance from the old Yankee Stadium. I have been writing since I can remember. I always enjoyed telling stories and have been doing so since first grade when I wrote my very first one.

As an adult I worked for a HVAC wholesaler and retail company as their Computer Systems Administrator. I supervised the computer departments for their three branches located in New York City and State.

I have studied martial arts from the age of 11 and have earned black belts in five different martial arts styles and my students and have performed demonstrations on Johnathan Burke’s Martial Arts Forum on HBO as well as Westchester Cable. Due to my martial arts training I have been head bouncer (head of security) at various clubs in New York for both hip hop and Latin Music. I have also body guard or were personal security for the rock band Van Halen in the early 80’s.

Various topics interest me, but I love action/suspense/drama and romance as Ian Fleming is one of my favorite authors. I feel that people love to get away from their everyday lives and go to a place that is rarely, seldom shared called the imagination.

When the Eagle Flies with the Dove is my very first novel which is now entitled NEX FORMA, which I wrote in 1985 and copyrighted in 1990 I am hoping is one of those stories that will take your mind away from the day to day where you find it difficult to put the book down. And once it’s over I’m hoping that you wish that it didn’t end.

I have also written a book of short stories (Flash Fiction) as it called due to he stories being 250 to a 1000 words in length. The stories encompass various genres, hence the title "Flash Fiction Menagerie". In Flash Fiction Menagerie you will discover stories for just about everyone, from, fantasy, romance, mystery, drama, suspence, spooky, comedy, sci-fi and more. Flash Fiction Menagerie also includes a story entitled “GLIMPSE” which is an homage to one of my favorite writers and television show hosts Rod Serling and introduces my first comic book hero HARD TARGET and his origin.

Please keep an eye out for more of my books as I am currently revising others that I have written or currently writing.

You can check for updates on my work at www.lankymania.com also visit www.eagle-dove.com for character bios, locations, music and more for my novel entitled: NEX FORMA!

NEX FORMA Book Trailer
It’s the summer of 1991 eight months after the Berlin Wall fell. Professor Auturo Martinelli a Noble Peace Prize recipient was on the verge of discovering a cure for cancer, but instead had opened a Pandora’s Box of something more disparaging than either the atomic or nuclear bombs. Now corrupt forces from United States government are out to obtain Professor's formula by any means necessary!

You have subscribed to alerts for Randolph Giles.

You have been added to Randolph Giles's favorite list.

You can also sign-up to receive email notifications whenever Randolph Giles releases a new book.