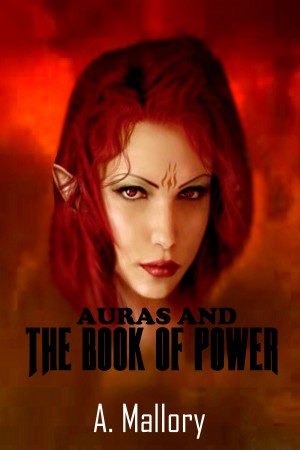 Auras and The Book of Power

By A Mallory
Upon discovering a mystical book, six orphans soon learned the magical game they had been playing might not be a game at all. Finding themselves as unwitting pawns in an ancient war between three Hawaiian Gods, the orphans only hope in winning the game was to free a god from the book they found. Weapons, armor, and powers had all been provided by an unknown force. Could this be real or just a game More
An aura is the light which surrounds all living creature. Invisible to the eye, except to those with the ability to view that which cannot be seen. Auras manifest in a wide range of colors, some even carry with it wondrous gift. Six young orphans soon find that, not only have their auras granted them special abilities, they also provided them passage into a familiar yet ancient land. Burdened with the knowledge that the fate of an entire civilization rest squarely on the shoulders of a young would be leader, who never had any desire to lead. Eric Adams quickly came to grips with his fate and vowed to win the game at all cost.

Self published author A. Mallory never liked to read as a child but always wished he could find a passion for it. His book, Auras and The Book of Power filled that void.

Learn more about A Mallory

You have subscribed to alerts for A Mallory.

You have been added to A Mallory's favorite list.

You can also sign-up to receive email notifications whenever A Mallory releases a new book.