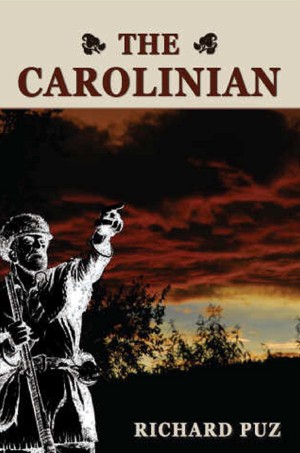 By 74th Street Press*Olympia
Abraham, a recruit in General Andrew Jackson's ragtag army, faces the enemy in New Orleans and learns the eternal truth-God is blind to a man's color. Midwest Book Review says "A riveting story set against a tragic time in American History."The News Dispatch:"Brilliantly captures the essence pioneers(s) in 1830s." "Highly recommended for community libraries" by Michael Dunford, "wholly absorbing More
Abraham, self-reliant and a man of faith, contracts pioneer fever to migrate west from North Carolina in the 1800s. Whetting his appetite for adventure is Big Jen, who spins yarns about Six Bulls country in Missouri, with prairie grass as high as a horse's eye. Woven together are Abraham's confrontations with disasters, slavery, Hooker-the slaver, and American history leading to the Civil War. The novel captures the spirit of men and women carving out new lives on the frontier, revealing the roots of a new nation's greatness and its darkest shame, as war looms.

The new series of "K" novels begins with Blood Tax, set in a very different era from the previous novels, 16th century, and location, the Fiefdom of Kostel on the Balkan Peninsula--right at the frontier dividing line between Muslim followers of the Ottoman Empire and Christian feudal serfs living and farming on the lands of the Hapsburg Monarchy. Turkish brigands attack Am Furtt, a small farming hamlet, creating terror, burning farms and abusing villagers. The objective of the Turks is to kidnap five-to-ten-year-old boys and girls as white slaves. The young ones are converted to Islam and prepared to serve the Sultan as loyal elitists--warriors, administrators, clergy and sex slaves. Maria is raped by the Azim, the leader. He divines that a child is conceived from the union and vows to return in five years to collect his son. After fighting battles on the shores of the Caspian Sea, Azim and his men return to Am Furtt. This time, the serfs are ready.

The author's books are well researched and authentically portray the difficult life of serfs living under the lord of the castle in the 1600's.

You have subscribed to alerts for 74th Street Press*Olympia.

You have been added to 74th Street Press*Olympia's favorite list.

You can also sign-up to receive email notifications whenever 74th Street Press*Olympia releases a new book.