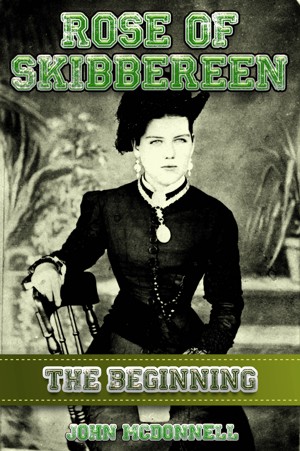 Rose Of Skibbereen, The Beginning

Publishing is going through a revolution, and I'm happy to be part of it. I write horror, humor, sentimental stories, and anything else that comes out of my imagination. One thing's for sure: my e-books will entertain you. 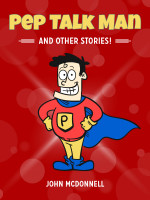 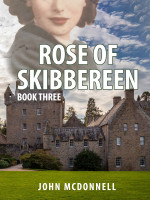 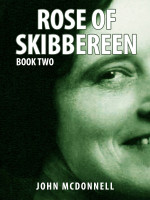 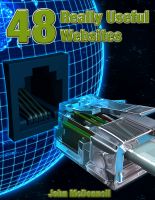 Note: originally this was a one star review because I found the problems in this work very severe and I explain those in detail below. Upon further reflection, I realized this work is more readable than my only other recent one-star review so I added another star.

The problems in this very short story is mind-boggling, from the historical inaccuracies to the character confusion to the lack of anything going on in general.

Where to begin? How about Sean McCarthy, Mr. Walking Contradiction. Sean is a carefree boy full of life and happiness. But he's also been fending for himself since he was six. Wow! Still carefree even though he's been struggling to survive since he was six? It's almost like he's not a real person! Oh, wait...
But that's not where the contradictions end with him. He also expresses disgust at Ireland's rich history of mythology and legends, saying that's what's been holding Ireland back. This aligns with his wish to go to America just fine. But Sean has a superstitious streak as well because he kissed Rose because it's good luck to kiss a girl under a shooting star. He also gets swept up in the magic and beauty of life a lot. So much for being grounded in reality to get ahead. Sean's in the book for maybe four pages and his character already has a lot of problems.

But he's not the only one. Rose's best friend Mary also has contradictions in her character and is essential to the most problematic scene in the story. Mary is headstrong to the point of being reckless, and while that's consistent in the entire story, her views on Progress is not. One page she's ranting about how Progress is bad if it costs people their lives. On the next she's praising all the new and amazing things America has to offer and saying she'll never go back to Ireland.

The only characters who are consistent in this story is Rose and her mother. And I'd bet my entire tea supply on the only reason why her mother has a consistent character is because she only appeared for a paragraph.

Then there is the problematic scene! It's like a weird aberration in time! Mary, fresh off the boat from Ireland, now in a place and time where the Irish are heavily discriminated against, yells at a police officer for being mean to a man. But does she get arrested? No. In fact, the officer listens to her and is afraid of her. What strange fantastical alternate reality is this?

*Book source ~ Many thanks to the author for providing a review copy in exchange for an honest review.

In 1880 Rose Sullivan left her home in Skibbereen Ireland and sailed to America with her cousin Mary. Another cousin, Kate, had gone to America years ago and she made enough money to send home so that her family lived like royalty in the poverty stricken country. She wrote and told Kate and Mary that she could get them jobs as serving girls in the household where she works. So Rose and Mary left the only home they knew and crossed an ocean to America.

I thought it was a bit strange that the evening before Rose and Mary left there was a party to see them off. That wasn’t the strange part. It was called an American Wake. Why call it a wake? I guess because family, friends and neighbors figured the girls (or whoever the party was for) were never coming back. So, even though Rose plans to return in 10 years, they were given an American Wake. Fascinating.

This short story is part one in a series documenting Rose’s life after she leaves Ireland, docks in Philadelphia and ends up as a serving girl in a rich man’s home in Pittsburgh. At her party she meets a handsome mysterious 16-year-old boy/man named Sean McCarthy. They talk, he kisses her and then he walks away. Rose spends a lot of time thinking of him on her journey to America and even after though she’s so busy working she falls asleep exhausted. The ending is a cliffhanger as Rose’s life takes a serious turn. What is she going to do now? Very well-written and I’m looking forward to reading more about Rose’s story.

This is such a charming little book! The characters are colorful and enchanting.

In such a short time, I have completely fallen in love with Rose. I can't wait to see if she ever sees Sean McCarthy again. Or if she decides to stay in America after all.

I am really anxious to read the next installment. The ending left me on the edge of my seat!

I recommend this book to anyone looking for a short read that will excite you and leaving you wanting more.

(reviewed the day of purchase)
Michele Wallace reviewed on March 19, 2013

I don't feel like a normal review would do this book justice, but I'll try!

You're introduced to some of the best characters from the very beginning. I fell straight into the storyline thanks to the author's impeccable way of describing each character's personality through their initial conversation. As the book continued, I became more and more enthralled by the relationships built, the friendships, and the romance.

I can't wait to read more about these characters in upcoming books. I have every confidence that the author will continue to provide high quality reading material as the story continues.

One of the best ways to tell if you've enjoyed a book is if the characters "become" a part of your thoughts... and these characters certainly did. I had a hard time putting my tablet down. Loved it.

(reviewed the day of purchase)
Mark Davids reviewed on March 17, 2013

This is a short story about a 16 years old Irish girl going to America to work to help her family survive. Although having several sisters and an older brother she assumed the role of a caretaker of the family and left Ireland in search of the better job. She is very conservative, wanting to come back to her loving country one day.

This is the first book in a series and the story started developing already with her romantic moments a night before she left Ireland and experiences in America on her new job as a servant.

The storyline flows nicely and characters are well developed and I can't wait to read more about them in the next installments! Keep an eye on this author and his work!

You have subscribed to alerts for John McDonnell.

You have been added to John McDonnell's favorite list.

You can also sign-up to receive email notifications whenever John McDonnell releases a new book.