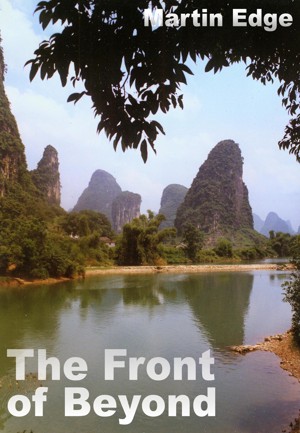 The Front of Beyond

In the late 1980s and the 1990s I was working as a lecturer. The only perk of this eighty hour a week job was ten weeks holiday a year. So two or three times a year I would leave the office and take a bus to the airport. Usually travelling with hand luggage only I would hop on a plane to somewhere interesting, cheap and a long, long way from the nearest student of quantity surveying.

I wandered around China, trying to nip across international borders in militarised zones. I stuck my nose into parts of rural Burma where the authorities didn’t really want foreigners to go. I delved into parts of Kurdistan. I had a look at parts of the Sahara, apparently being chased by the army. I hitched and bussed across borders in East Africa.

I would sit on a painfully slow, rickety bus in the baking tropical sun for weeks at a time. I spent the time sweating profusely, wondering where I would sleep that night and not thinking at all about lectures, paperwork and meetings. Oh, the interminable bloody meetings.

In the middle of the decade I upped sticks and buggered off, without pay, to sit on a slow bus for a year. But for most of the nineties, I spent a month at a time, hitch-hiking to the front of beyond. I always aspired to get to the back of beyond, of course. But there’s only so much you can do in a month. I really didn’t have the constitution for facing down hitherto undiscovered tribes of angry Amazonians, wielding blowpipes.
Available ebook formats: epub mobi pdf rtf lrf pdb txt html
First 20% Sample: epub mobi (Kindle) lrf more Online Reader
pdb
Price: $3.25 USD
Buy Add to Library Give as a Gift
How gifting works
Create Widget
Tags: egypt china tunisia hainan burma dali cappadocia sahara yunnan kunming ruili kurdistan shan state mandalay aswan rangoon abu simbel erzurum diyarbakir lake van lashio urfa
About Martin Edge

"Travels with my Rant"

Most of my writing is about my travels. Mostly very slow travels. For some years now I've been plodding round the seas of northern Europe aboard a small sailing boat. To date I've published three accounts of these trips.

For years I poked around in some of the more obscure parts of some developing countries, hitch-hiking and travelling by boat, train and bus. Some of the buses were slower than my boat. The record was 12 hours to go 11 miles in the Shan State in northern Burma. I'll soon be publishing two volumes entitled "Travels with my Rant" and "The Front of Beyond". These will include tales about hopping across dodgy borders in places like East Timor and Nicaragua.

Whilst travel may broaden some minds and narrow others, travelling slowly and alone changes your perspective on the world around you. I like to think it hones the senses and heightens the critical faculties. Others have agreed that yes, it does make me rant on and on about everything.

My travel writings are not gripping tales of derring-do and one man's survival in a savage wilderness against all the odds. I am, in fact, something of a wimp. Neither do they consciously seek to maintain the mythology and exoticism of travel to far flung parts.

The fact is that more or less everywhere on earth people wear jeans and ride scooters. The documentary makers must have a hell of a job editing the world so that it's full of tribal head-dresses and loin cloths. Culture shock isn't all it's cracked up to be and nowhere on the planet is as alien as it appears to be from a distance. Except Manchester of course.

I've tried to give a flavour of the places I've visited and to discuss those aspects of their landscape, environment, people, culture, economy and politics which make them interesting.

In 2014 I published a sort of pilot book entitled "105 Rocks and Other Stuff to Tie your Boat to in Eastern Sweden and Finland". It's full of photos, maps, descriptions and waypoints for, as the name suggests, 105 Scandinavian rocks and other harbours. It's available FREE of charge at my website (www.edge.me.uk) as a web file and as a pdf.

There's yet more stuff on my web page at http://www.edge.me.uk/index.htm. This includes a pile of more academic papers written while I was Head of Research of the Architecture School in Aberdeen. 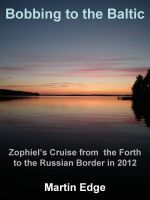 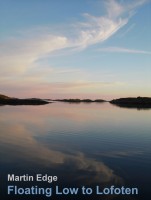 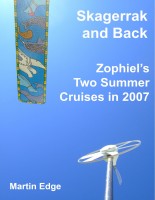 Reviews of The Front of Beyond by Martin Edge

You have subscribed to alerts for Martin Edge.

You have been added to Martin Edge's favorite list.

You can also sign-up to receive email notifications whenever Martin Edge releases a new book.