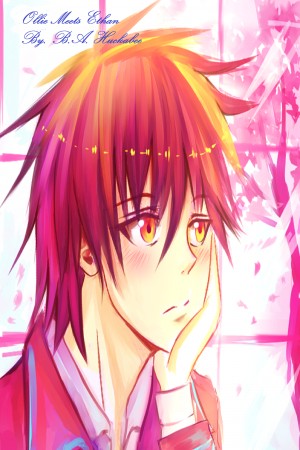 By Lou Anna Claveau
One shy little boy, one missing mommy and a very shy ostrich make for an adventure for little Ethan. He is lost at the zoo but don't tell him that! He believes his mother is lost and doesn't know it. Ethan meets an ostrich named Ollie and together they discover how to find lost mommies!
While we know it is Ethan who is lost I wouldn't run around telling him that! He believes his mother is lost! More
This short children's book is written for parents and children about being shy, getting lost and how to find help. Ollie is one of the many animals in a series designed to help children cope with complex life problems and parents to explain complex life problems in an easy to understand book.

Parents are encouraged to read the book with their children and discuss the questions posed in section. While the book is short and the story fun the topics are serious. Each book covers something different. Ollie covers shyness and getting lost.

Ollie and Ethan rescue his mother with the help of the zookeeper and Ollie's mother, Olivia. This cute little tale will help children talk about their own problems with shyness, being different and being scared.

Lou Anna Claveau lives in Long Beach, MS with three of her six children, Christian, Aaron and Ethan. The other three, Joshua, Gabriel and Mathieu all live scattered here and there. She is a grandmother to a beautiful baby girl named Sophie. She has several pets who include Lucky a miniature schauner she rescued from a drug addicted breeder, Mellow who was rescued from a puppy mill and is a miniature poodle, a cat named Tuesday courtesy of the Humane Society, a german shephere aka Stupid German Lap Moose, named T2 (No not after the movie), and a nameless beta fish who sits on top of the piano.

You have subscribed to alerts for Lou Anna Claveau.

You have been added to Lou Anna Claveau's favorite list.

You can also sign-up to receive email notifications whenever Lou Anna Claveau releases a new book.