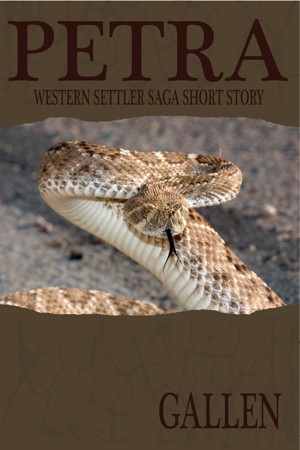 By Arch Gallen
Rated 5.00/5 based on 1 reviews
A deadly game of hunt and find, one wanting not to kill and the other demanding no less. More
Marshall Adam Pike knew outlaws, killers and families of men he imprisoned might come back for vengence. When Anton Petra did, the last notion Marshall Pike had would be worries that his daughter might be kidnapped.
Download: epub mobi (Kindle) pdf more Online Reader
rtf lrf pdb txt
Price: Free! USD
Add to Library
Create Widget
Tags: western civil war american west adam pike western settler saga
About Arch Gallen

Gallen…son of a South Dakota farm boy and a Tennessee lady lives with his wife and two dogs on a 34 acre farm in Lapeer, Michigan. While feeding good people with corn, soybeans and wheat, he shares life with rabbits, groundhogs, raccoons, chipmunk and deer, flocks of wild turkeys both feathered and not, hawks, doves, vultures, and odd varieties of fish (including pike) occupying a small 38 acre lake adjoining their land.
Raised in rural Michigan on our traditional American principles of honesty, thrift, hard work and self-reliance, he brings these time honored values to life through the words and deeds of Adam Pike and the cast of Western Settler Saga.

Petra by Arch Fallen is a great thought provoking Western. Using a unusual way of speech by the family adds to the value. It is about a large successful family and the town that they value and serve.

One of the brothers come West to prepare for the family arrival. The town that they settled was very lawless and only shacks. He ends up becoming a great Marshal, the town and their wealth grows.

During his early years he killed a bank robber in front of the criminal's son. His name was Petra. The young teenager became a orphan but refused the help offered by the young Marshal.

Petra became a great hired killer. His last job was to murder the Marshal that killed his father. His attempt to kill him in front of his kidnapped daughter failed. The Marshal wants to avoid killing him despite the odds of being killed.

The Marshal and his wife are struggling with his history of having to kill. His sheriff brother and law enforcement friends understand that his role was necessary. The Marshal always felt that the town disliked him.

Many attempts to reason with Petra is unsuccessful. He dies a rich man. His money received by murdering others goes to a very needy orphanage. The Marshal also finds forgiveness and acceptance by the town.

A fantastic free novel from smashwords.

You have subscribed to alerts for Arch Gallen.

You have been added to Arch Gallen's favorite list.

You can also sign-up to receive email notifications whenever Arch Gallen releases a new book.