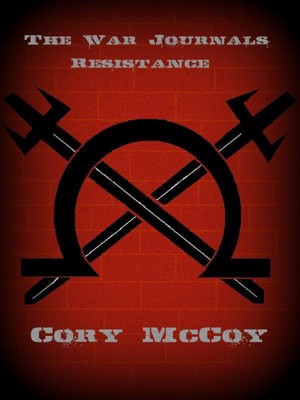 By Cory Mccoy
Rated 4.67/5 based on 3 reviews
War ravages the globe. One man becomes the center of a manhunt, the face of a movement, and starts down a path that none of us are equipped to handle. We all fantasize about being a fuckin hero. It's never like that though. When the shit hits the fan, the guilt sets in. We save one person, ten more die. How does a man make those choices? More
When Connor Jeffries finds himself in the middle of an attack at a department store, his heroic actions set him down a path that no man could have prepared for. A heat of the moment decision forces Connor to run. He flees with few resources and even less time, in order to draw the might of a massive army away from the city. Within hours he is being hailed as a hero, a seemingly inconsequential radio interview ignites a movement. Somehow he has become the symbolic leader of a group of freedom fighters called The Resistance. The group recognizes no authority, but their General's. Little do they know, this man is quickly developing a dependency on pain killers and his mind is crumbling under the weight of his burden. Will he be able to pull it together and help his resistance turn the tide of this new war, or will he end up being a junky with a target on his back?
Download: epub mobi (Kindle) pdf more Online Reader
rtf lrf pdb txt
Price: Free! USD
Add to Library
Create Widget
Tags: addiction apocalypse war political thriller world war 3
About Cory Mccoy

Cory is a Texas journalist and photographer whose work is currently available on Amazon, Wattpad, and Smashwords. Among his work is The War Journals series and the forthcoming Guardians of the Deepest Light saga. Cory is also the man behind the curtain of the incredibly hilarious (and offensive) twitter,@GreatSkyWizard.

Cory's work as a journalist encompasses every facet of the industry. His most recent work is with IN Magazine and the Tyler Morning Telegraph as an entertainment reporter and critic.

Cory just launched the web only scifi series; The Final Flight of the Phaseship Lelantos. 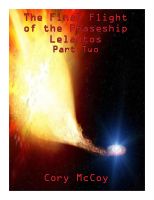 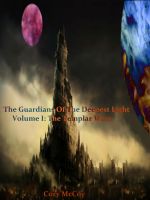 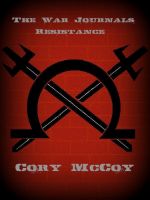 If you’re expecting a wild action tale or remake of Red Dawn with this book, you’d be mistaken. On the other hand, you won’t be disappointed with what you find. While the story centers on an ex-super duper soldier accidentally building a resistance movement against invading Chinese troops, they spend surprisingly little time actually fighting and a lot more giving speeches.

The focus here is less on the war and more on the private emotional journeys the hero and his sidekicks take from mild-mannered civilians to merciless guerrillas. A string of betrayals and self-created disasters then keep the pressure ramped up and the fun going. You feel throughout that the guerrillas and the US in general would handily when the war, if they could only get out of their own way. The real enemy the good guys always struggle with isn’t a foreign army, but themselves and their own self-destructive tendencies.

Unlike most of these WW3 tales, the author gives and maintains a clear and coherent strategic narrative. Personally, I found the details of the broader war extremely far-fetched, but at least having a clear understanding of the “big picture” made for a more interesting read. While there are a number of technical errors with weapons and tactics, the author’s skilled handling of his complicated and self-destructive hero and well-fleshed out supporting cast overshadows such details.

Overall, the prose and style reads more like a screenplay than most novels. That’s neither good nor bad, but merely a taste preference. While I can’t give this 5 stars because of so many events and decisions stretching the realm of believability, there’s no denying that the story is pretty unique. All in all, a fun read that’s worth the time, even if it is not the most thought provoking.

This is the future envisioned by the author if the elected morons in the federal and state governments continue to screw up everything they touch. And they will if the stupid voters continue to re-elect them to more terms. It follows a man who inadvertently becomes a hero when the Chinese Army invades the country and he leads the resistance army against them. Editing is decent but not perfect.

You have subscribed to alerts for Cory Mccoy.

You have been added to Cory Mccoy's favorite list.

You can also sign-up to receive email notifications whenever Cory Mccoy releases a new book.