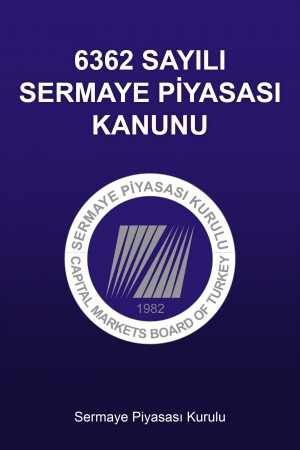 Capital Markets Board of Turkey

1. Capital Markets Board of Turkey (CMB) is the regulatory and supervisory authority in charge of the securities markets in Turkey. Empowered by the Capital Markets Law (CML), which was enacted in 1981, the CMB has been making detailed regulations for organizing the markets and developing capital market instruments and institutions for the past nineteen years in Turkey.

2. Based on the main objectives of fair and orderly functioning of the markets and protecting the rights of investors, the CMB has a wide range of responsibilities. Depending upon the development stages of the markets and the state of the country's economy, the list of priorities changes from time to time. However the major objective remains the same: to take the necessary measures for fostering the development of capital markets, and hence to contribute to the efficient allocation of financial resources in the country while ensuring investor protection.

3. To make innovative regulations, and perform supervision with the aim of ensuring fairness, efficiency and transparency in Turkish capital markets, and improving their international competitiveness.

4. Within the scope of its mission the CMB has established its main strategic objectives as to:

- adopt the norms of the international capital markets and fully integrate them into regulations,

- promote and enhance the effectiveness of both the supply and the demand side of the markets,

- promote transparency and fairness in the capital markets,

- facilitate modernisation of the market structure,

- enhance the infrastructure of the capital markets,

- enhance the quality of the work products and staff members of the Board.

Legal Framework of the Capital Markets in Turkey

5. The legal framework of the Turkish capital markets consists of three major legislations, one of which is specifically devoted to this area, the Capital Markets Law (CML). The others are the Decree with force of Law No. 91 concerning the securities exchanges and the Turkish Commercial Code.

6. The objective of the CML is to regulate and control the secure, fair and orderly functioning of the capital markets and to protect the rights and benefits of the investors. Following the enactment of the CML in 1981, the necessary regulations have been made by the CMB in order to organize the markets and the capital market institutions. Joint stock corporations with more than 100 shareholders or which offer their shares to the public were subject to the CML. According to the amendment to the CML made in 1999, t he shares of joint stock corporations having more than 250 stockholders are considered to have been offered to the public and such companies are subject to the provisions applicable to publicly held joint stock corporations. In addition to these, issuing of securities by the State Economic Enterprises (SEEs) -including those within the scope of the privatization program- municipalities and related institutions are subject to the disclosure requirements of the CMB as regulated by the amendments to the CML.

7. The principles for the establishment, operation and the auditing of the stock exchanges are determined by the Decree with force of Law No. 91 enacted in 1984. The legal structure pertaining to the operation of the secondary markets is formulated by this Decree.

8. The Turkish Commercial Code, enacted in 1956, regulates the establishment and operation of companies and defines and regulates financial instruments in general. Thus, joint stock corporations subject to the CML are required to comply with the provisions of the Commercial Code whenever there is no provision in the CML.

9. Apart from the above mentioned legislation, another important regulation affecting the development process of the securities markets is the Decree No. 32 about the Protection of the Value of the Turkish Currency. This Decree enacted in August 1989, aims at further liberalization of the financial system and allows not only nonresidents to invest in the Turkish securities, government bonds and Treasury Bills, but also permits the outflow of domestic capital into foreign securities etc. through financial intermediaries authorized by the CMB.

You have subscribed to alerts for Sermaye Piyasası Kurulu.

You have been added to Sermaye Piyasası Kurulu's favorite list.

You can also sign-up to receive email notifications whenever Sermaye Piyasası Kurulu releases a new book.