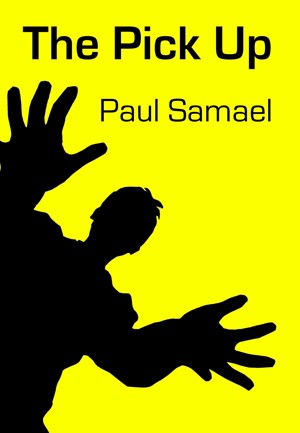 Rated 4.50/5 based on 2 reviews
After a bizarre incident in a playground leads to accusations of molesting someone else's child, a father of two turns to the media to defend himself - but gets rather more than he bargained for. A long-ish short story (11,000 words) about bringing up children, media hysteria and building sandcastles.

Reviews of The Pick Up by Paul Samael

This story starts out as a fairly straightforward account of an incident that seems out of Kafka, and only gets worse via a plot development that - though entirely plausibe given the world we live in - I admit to not seeing coming. Anyone who has ever been falsely accused will empathize, while the rest would do well to remember there are always two sides to any telling and seldom is anything entirely as it appears.

As any contemporary father can tell you, there is a certain caution he has to take around young children these days, much more so than a contemporary mother must. A father, watching his children at the playground, is likely to be among more mothers than other fathers, and those mothers aren't always so club-welcoming. A man is a suspect around young children, any man, including male elementary school teachers, any male youth sports coach, any man, anywhere, due to the confluent factors of rational probability and media hype. On the one hand, when there are crimes against children committed, a man is more frequently at fault. On the other hand, the percentage of crimes against children versus men interacting with children is not very high, but most of us have been conditioned to think otherwise,. Whether we like it or not, the stories bombard us daily and we cannot help but absorb them all out of proportion to their actual occurrence.

All of this is by way of preamble to the story told in The Pick Up, which focuses on this issue. A father watching his child and his child's friend in a playground has a brief and utterly innocent interaction with someone else's child, but soon finds himself embroiled in suspicion. accusation and scandal. As a father who has spent the last several years around young children, I was easily able to identify with the protagonist and the themes in this story, so it had emotional resonance with me. Also, I think Paul is an excellent writer and every new story of his is an event for me, so I grabbed it from Smashwords and read it as soon as I heard about it, and I'm very happy to recommend it to anyone who appreciates a good story, well told.