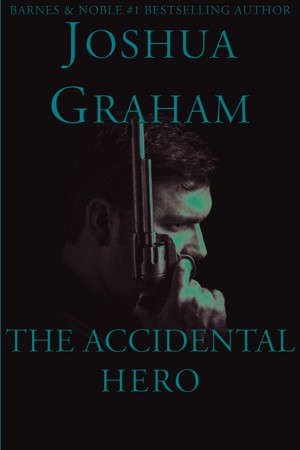 Josh’s bestselling novel BEYOND JUSTICE is taking the world by storm, one reader at a time. Many of his readers blame him for sleepless nights, arriving to work late, neglected dishes and family members, and not allowing them to put the book down.

Under a different pen name, Joshua has been published in three Simon & Schuster anthologies. He’s a graduate of the Oregon Professional Writers Masterclass run by Dean Wesley Smith and Kristine Kathryn Rusch.

Joshua grew up in Brooklyn, NY where he lived for the better part of 30 years. There he attended Stuyvesant High School and went on to graduate with a bachelor’s and master’s degree in music performance at the Juilliard School. As a musician (cellist) he's appeared on the stages of Avery Fischer Hall, Alice Tully Hall, and Carnegie Hall. Graham has toured the United States, Canada, Egypt, Israel, South Africa and Jordan, where he appeared as a soloist on national television for a command performance commissioned by Queen Nor al Hussein.

For four years, he lived in Baltimore, MD where he studied and eventually received his doctorate from Johns Hopkins University. During that time he taught as a professor at Shepherd College (WV), Western Maryland College, and Columbia Union College (MD).

Today, he lives with his beautiful wife and children in Southern California, where the unjustly mild climate of “America’s Finest City” justifies its moniker. It was here that he began a decade long career in the IT field starting as a Support Lead and eventually becoming a Director of Operations. All the while writing fiction. Several of his short fiction works have been published by Pocket Books.

A member of the Oregon Writers Network, Graham is a graduate of the Master Classes and professional writing workshops held by Dean W. Smith and Kristine Kathryn Rusch. Dean and Kris and the entire OWN, have played a huge role in his decision to become a writer. Graham feels he owes them a huge debt of gratitude!

Please support Joshua Graham's journey to bestsellerdom by telling all your friends and family how much you have enjoyed his books and stories and recommending them.

To me, this story is in the wrong category; it should be in something like Religious/Salvation. The plot is weak; a hit man with twelve kills to his credit isn't likely to shoot someone in a crowded church. He especially wouldn't do it if he stands out as noticeably as the author built the character's attributes. The editing is good but the story isn't great, so it's a three.

Enjoyed this short story. He just keeps you wanting more.

I read Beyond Justice and loved it. When I ordered Accidental Hero, I didn't know it was a short--very short--story. It was good and I enjoyed the faith aspects of it, but I was expecting another great novel.

I don't know how to review this one without spoilers, and I'd hate to ruin it for someone who hasn't read it yet. I'm just going to say that this is another winner from Mr. Graham. My cynicism says 'improbable' but my heart says 'nothing is impossible'.

this author knows how to tell a great story.

(reviewed 42 days after purchase)
DeAnna Lilienthal reviewed on March 22, 2011
(no rating)
Another good read. Joshua knows just how to write to keep the reader on the edge and looking for more. He does not disappoint. Enjoy how faith and redemption are linked.

Another great one from Joshua Graham! I really like that he includes faith in his stories.

I wasn't disappointed with Accidental Hero. Joshua Graham is a great writer. Read Beyond Justice, and was awesome!

You have subscribed to alerts for Joshua Graham.

You have been added to Joshua Graham's favorite list.

You can also sign-up to receive email notifications whenever Joshua Graham releases a new book.