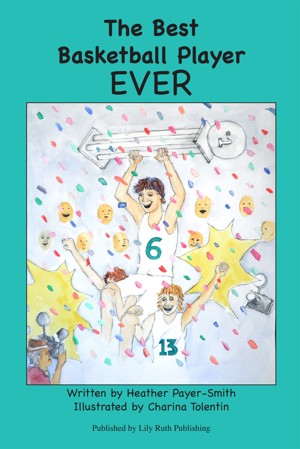 The Best Basketball Player EVER

By Heather Payer-Smith
The Best Basketball Player EVER addresses the need for childhood exercise from a perspective they can understand. Children ages 4-8 will easily relate with Tommy and his love of video games and fear of learning 'real' basketball while the neighborhood kids laugh at his attempts. More
Tommy is the best basketball player when playing his video games. He wins every time! However, when his mother tells him to go outside and play he finds that playing with the real basketball doesn't come so easy for him. He can't dribble, pass or even shoot! To make matters worse the neighborhood kids laugh at his attempts. He decides to give up and only play video games, until his mother challenges him to keep practicing. Before long, he finds himself improving and on his way to becoming the best player ever!
Available ebook formats: epub mobi pdf rtf lrf pdb html
First 20% Sample: epub mobi (Kindle) lrf more Online Reader
pdb
Price: $2.99 USD
Buy Add to Library Give as a Gift
How gifting works
Create Widget
Tags: boys basketball exercise practice video games outside play beginning reader
About Heather Payer-Smith

Originally from Northwest Pennsylvania, Heather currently resides in Kilgore, Texas with her husband, Derek, and their beloved pets. She earned a BA in Media Production from the University of Oklahoma and enjoys working full-time as a graphic designer for a local advertising agency.

Growing up with a rich imagination, Heather always sought a creative outlet, be it in the form of painting & drawling, dance, performing in community theater or creating amateur film/video projects. Though she never dreamed of being an author, it was only a matter of time before Heather discovered a knack for writing stories.

She began writing her first book in 2005, but her publishing experience began in 2008 as an illustrator with Lily Ruth Publishing, providing interior and cover art for three books. In June of 2011, Heather independently released her first novel, ”The Nameless World” (middle-grade fiction) followed by three more releases, “A Recycled Christmas” (early reader), “Ryan’s Bike” (chapter book) and "The Little Green Umbrella" (early reader). In 2012, Heather took her publishing journey full-circle when Lily Ruth Publishing took interest in one of her early reader stories and offered a publishing contract for "The Best Basketball Player Ever."

"It's kind of funny to look back on my life so far and see where my path has led me. In high school or college, if you had asked me where I saw myself in ten years, my answer would not have been 'I want to be a writer,' and yet, here I am. I'm just excited to have the opportunity to share my stories with people. Even more, I'm thrilled to know that people actually enjoy them. I'd say that is the biggest reward of it all."

For more information about Heather Payer-Smith and her work, please visit www.payersmithbooks.com 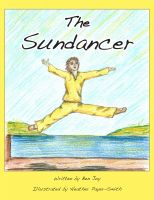 Reviews of The Best Basketball Player EVER by Heather Payer-Smith

You have subscribed to alerts for Heather Payer-Smith.

You have been added to Heather Payer-Smith's favorite list.

You can also sign-up to receive email notifications whenever Heather Payer-Smith releases a new book.