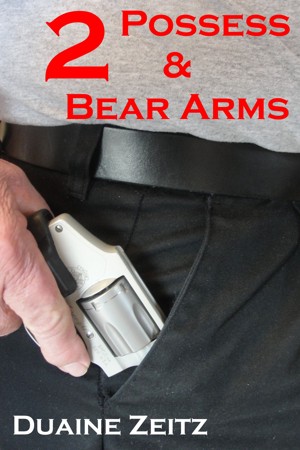 Duaine Zeitz is the CEO of Pack-N-Heat, Inc., and an NRA certified firearms instructor in both basic pistol and personal protection.

He was a farm boy that grew up with guns. Firearms became a very satisfying, lifelong hobby. He shot competitively with some success with both rifle and pistol. As a member of the legendary Hadley Tech rifle team, he managed to acquire two consecutive Missouri state championships and one 3rd place in the nation in one of those years.

Duaine became a small arms trainer in the Air Force and has been deeply involved with both bank and airport security in civilian life.

After retirement, Duaine become politically active and helped the NRA in their efforts to get Missouri’s “Proposition B” on the ballot in 1999. He soon found himself in a position to be a major player in the efforts to get a CCW law passed in the state of Missouri. He has been providing the safety training required to qualify for the Missouri Concealed carry permit, as well as several out-of-state permits obtainable by mail, since 2005.

You have subscribed to alerts for Duaine Zeitz.

You have been added to Duaine Zeitz's favorite list.

You can also sign-up to receive email notifications whenever Duaine Zeitz releases a new book.