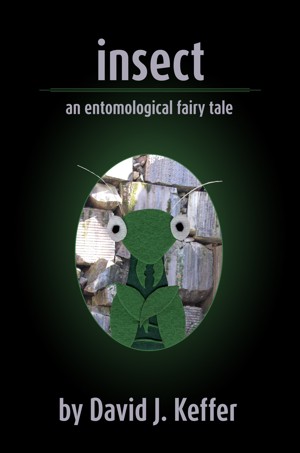 By David Keffer
Trapped within a palace following a holocaust, the inhabitants—two queens, one dysfunctional and the other petulant, an angry gardener, a lovelorn soldier, a jester, a court magician, a distraught minstrel and an oracle hiding behind the boiler—seek to survive in their post-apocalyptic isolation, though the greatest threat may come from the memory of the King, which haunts the palace. More
Ethnographers travel to distant lands to collect and study fables and fairy tales in order to better understand existing peoples and their culture. Archeologists must be content to study bone and stone, in order to better understand a people now gone. Surely, an archeologist frequently thinks to herself, “I wonder what these people were like?” Perhaps every once in a blue moon that archeologist even chances to think, “Wouldn’t it be a fine thing to hear a fairy tale from the people who lived within this buried city?” If such a thought can be imagined for a people who have disappeared, think of how much more precious would be the fairy tale of a people who not only no longer exist at the present time but who never existed at all, in this world or in any other. A reasonable soul might consider that such a rare object as that fairy tale would undoubtedly be prized as a cultural treasure of untold rarity and significance. That gentle soul would be wrong, their chain of logic broken along one of its innumerable links, the fairy tale released to flee and dissolve in the atmosphere, it’s molecules dispersed to far corners of the Earth.

The author of “insect: an entomological fairy tale” scoured the globe and collected those molecules. He assembled the molecules into words and ordered those words in a sequence that seemed best to him though there can be little doubt that this sequence corresponds only peripherally to the original fairy tale. It is the best that can be done, since the culture that created the fairy tale is both absent and imagined.

Trapped within a palace following a holocaust, the inhabitants—two queens, one dysfunctional and the other petulant, an angry gardener, a lovelorn soldier, a merry jester, an astral-plane-traveling court magician, a distraught court minstrel and an oracle who hides in the dungeons behind the boiler—seek to make sense of their existence and develop relationships that will allow them to survive in their post-apocalyptic isolation. The memory of the King haunts the palace and animates the denizens who dwell on the palace grounds, including 33 gargoyles, a host of dryads and zombies, a stone goat named Degtyaryov, a wishing well minnow named Hieronymus and a snail named Jesus. If the aftermath of the apocalypse doesn’t consume the palace inhabitants, then perhaps the ambiguous workings of the King will suffice.

“insect: an entomological fairy tale” was written from June to July, 1993, in the summer of the author's first year in graduate school at the University of Minnesota. It is a relatively early work from a person who found a frivolous joy in the act of writing composition and who no longer exists. The absurd influence of Donald Barthelme is both obvious and intentional.

David J. Keffer was born in Kansas City, Missouri. He pursued a technical education earning a B.S. in Chemical Engineering from the University of Florida and a Ph.D. in Chemical Engineering from the University of Minnesota. After a year as a post-doctoral scholar at the U.S. Naval Research Laboratory in Washington, D.C., he began his career as an engineering professor at the University of Tennessee in Knoxville, where he remains today. He has published about 100 technical papers in archival journals. He was awarded a Fulbright Grant to learn and to teach about sustainability in Seoul, Korea.

Outside of engineering, David Keffer studied world literature and creative writing. He has published analytical articles on the works of Primo Levi and Kobo Abé. He created various reading aids to several classical Chinese novels. Over the past two decades, David Keffer has been active writing novels, poetry and stories. Several novels and illustrated stories are available from the Poison Pie Publishing House at http://www.poisonpie.com.

David Keffer lives in Knoxville, Tennessee with his wife, Lynn, and two children. As a family, they enjoy hiking through the local mountains and are always on the look-out for poison pie and other ambivalent mushrooms that dot the landscape.

Reviews of Insect: An Entomological Fairy Tale by David Keffer

You have subscribed to alerts for David Keffer.

You have been added to David Keffer's favorite list.

You can also sign-up to receive email notifications whenever David Keffer releases a new book.