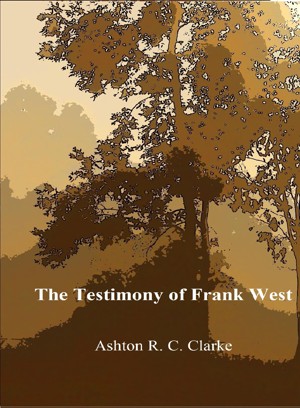 The Testimony of Frank West

From the decaying suburbs of the nation's capital to the gloomy ghost-town of Dunwich, West takes Gallagher on a tour of a world filled with horror and madness as he details his encounter with the dread cult and his unrelenting hunt for its leader, the mysterious Jasper Corbin.

Reviews of The Testimony of Frank West by Ashton R. C. Clarke

You have subscribed to alerts for Ashton R. C. Clarke.

Would you like to favorite Ashton R. C. Clarke?

You have been added to Ashton R. C. Clarke's favorite list.