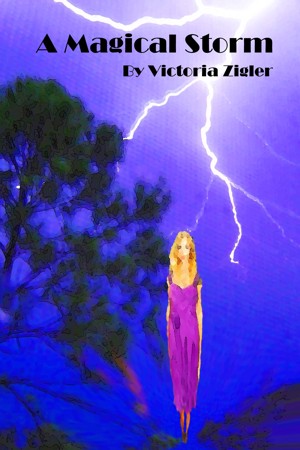 This is the third book in the "Magical Chapters" trilogy. The titles in the series are as follows:

Victoria Zigler is a blind vegan poet and children's author. Born and raised in the shadow of the Black Mountains of Wales, UK, she moved away from Wales three times: once to spend six months living in Alberta, Canada, the other times to spend a few years living near Hastings on the South-East coast of England, UK, each time returning to Wales. Now she lives in Wales again, along with a chinchilla named Mollie, a West Highland White Terrier named Lilie, a Cavapoo named Logan, a Hermann’s Tortoise named Artemis, and her Canadian husband, Kelly.

Despite spending far more time than she’d have liked in hospital, and eventually losing her sight to Congenital Glaucoma, Victoria - or Tori, if you prefer - has been writing since she knew how, with no plans to stop any time soon. So far she has published nine poetry books and 46 children’s books, all of which are available from a variety of online retailers in multiple eBook formats, as well as in both paperback and audio. She’s also contributed a story to the sci-fi and fantasy anthology Wyrd Worlds II, which is available in eBook only. Additionally, Tori’s Hermann’s Tortoise, Artemis, was featured in both the Magnificent Pets Coloring Book For Children and the Magnificent Pets Mandala Coloring Book For Adults, which are available via Praise My Pet.

Vegan due to both a love for animals and dairy allergy, as well as an Eclectic Pagan, Tori describes herself as a combination of Hermione Granger and Luna Lovegood from the Harry Potter books: Hermione’s thirst for knowledge and love of books, combined with Luna’s wandering mind and alternative way of looking at the world. She has a wide variety of interests, designed to exercise both the creative and logical sides of her brain, and dabbles in them at random depending on what she feels like doing at any given time, but is most likely to be found playing with her petkids, curled up somewhere with a cup of tea and a book, or trying to keep one step ahead of those pesky typo fairies while writing her own books.

About the Series: Magical Chapters Trilogy 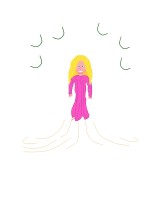 The adventures of Paige the witchlet and Daisy the dragon.

The Magic Storm is the third book in Victoria Zigler’s Magic Trilogy.
Paige (the witchlet and central to the trilogy) is older and more powerful and her friend Daisy, the vegetarian dragon, can certainly spew fire for a friend in need.
As magical and captivating as the first two books, ‘The Magic Storm’ packs in a lot of action, emotion, and …MAGIC!
The issue of 'accepting differences' was raised in the earlier two books. It continues in this one with Paige thinking, "Weren't parents supposed to love their children no matter what?"

I received a free copy of this book by the author in exchange for an honest review.

Victoria Zigler has done it once again! I want so much for this trilogy to become a classic children's story and I fully believe in my heart that it will.
A Magical Storm is the final book in the Magical Chapters trilogy. Paige finally gets some of the answers she's been searching for since she was 3. I don't want to write too much about the plot because I don't want to give anything away!
Read it. You will love it and so will your children!

There are TWO battles in this third book of the series. One is inside Paige, but who is the other one with? Who is the uninvited stranger who won't even look at Paige?

I'm not going to tell you, read this gripping tale yourself and get all the answers.

This author has GOT to write more about Paige and her friends and adventures!

Oh my goodness that was a trully delightful story, well done Tori, and I loved the Picture on the cover too, xx xx