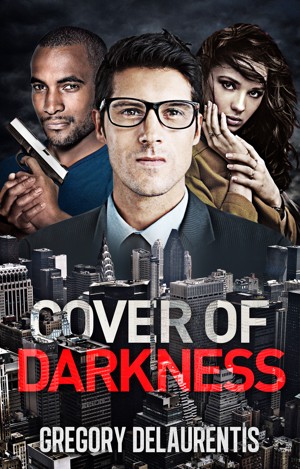 A high profile murder of a Wall Street executive pits three people against the criminal underbelly of Manhattan. In their search for a killer, they are forced to travel to the edge of sanity and morality, while stumbling onto their own confusing secrets as well. The Cover of Darkness is a gritty noir saga that untangles a web of deceit in the course of tracking down a brutal murderer. More
The local Westchester police turn to One Police Plaza when a high profile murder lands in their backyard. Captain Sam Jefferies takes the case and assigns it to two ex-police detectives turned private investigators. Kevin Whitehouse possesses a keen analytical mind necessary for deconstructing especially challenging cases, while his partner David Allerton functions as the embodiment of the skills he honed from his Special Forces–Army Rangers training. Margaret Alexander, Kevin’s feisty yet nurturing lover, enhances the duo’s investigative powers with her own unique perspective on their case. The murder leads the two detectives into the glitzy and tawdry side of Manhattan’s nightlife, encountering both the guilty and the innocent as they follow the leads that bring them to the brink of madness and despair—as well as test the limits of friendship and loyalty. The Cover of Darkness is an unforgettable thriller that takes the reader on a journey through the dark forces overhanging a soulless city, and reveals the ties that sever rather than bind.
Available ebook formats: epub
Price: $2.99 USD
Buy Add to Library Give as a Gift
How gifting works
Create Widget
Tags: detective psychological thriller noir new york c murder and mystery
About Gregory Delaurentis

Gregory Delaurentis was born in Brooklyn New York, and from birth has been fascinated with the city and its teeming masses. As a youth he used the subway system as his playground, as a teenager, he used its streets and avenues as his stick-ball courts, and as a young adult, cruised the dazzling nightlife and restaurants for action. The flavor of New York City courses through his very veins. Also he has lived in California, New Jersey, Massachusetts and other locales, but always returned to the city of his birth. Now, finding himself unfettered and free to pursue his initial loves, writing and the city, Gregory is busy with the Darkness Saga, building on the characters that he has introduced in his first book Cover of Darkness.

Gregory finds himself drawn to things unusual, to the NYPD, and to things seedy and dangerous and writes about these fixations that intrigue him.

Finally finding solace in his easy chair, a tall cup of coffee, his laptop and indie music, he stares out of his window upon the streets of Manhattan and falls into the silent world within his head. He traverses remembered alleyways, and darkened, unlicensed clubs, he huddles with the officers of the NYPD on cold bitter nights on the beat, and kneels over corpses strewn in central park with the CSI technicians.

He feels the heart and soul of the city, breathes its urban breath and eyes its criminal element. He hopes his stories reveal that.

Reviews of Cover of Darkness by Gregory Delaurentis

You have subscribed to alerts for Gregory Delaurentis.

You have been added to Gregory Delaurentis's favorite list.

You can also sign-up to receive email notifications whenever Gregory Delaurentis releases a new book.