Breaking Trail: Growing Spirituality for the Evolution of Our Consciousness

By Derek Joe Tennant
Breaking Trail asks you to manifest the change you want to see. New solutions to our problems are required; solutions that come from a new way of thinking, a new understanding of reality, and a new spirituality that speaks to inclusion. It challenges you to begin to sense your connection with all that is. It is filled with questions for you to explore. Please open your heart, enjoy the journey!
Available ebook formats: epub mobi pdf rtf lrf pdb txt html
First 50% Sample: epub mobi (Kindle) lrf more Online Reader
pdb
You set the price! USD
Buy Add to Library Give as a Gift
How gifting works
Create Widget
Tags: enlightenment evolutionary enlightenment
About Derek Joe Tennant

Derek has considered himself ‘spiritual but not religious’ since his pre-teen years. Recently however, he has learned much about Buddhism and feels that his life has been a constant practice that follows much of the Buddhist teachings. He has always believed in volunteer work, beginning with a Crisis Intervention Hotline and the ‘Free Angela Davis’ committee in the early 1970’s, continuing through a volunteer firefighter career and, most recently, teaching English to Burmese refugee children on the Burma-Thailand border and cleaning up after hurricanes in Haiti and a tornado in Arkansas. His first book, Walking Buddha's Path, was written in the evenings and weekends in Mae Sot and Khampaeng Phet, Thailand, as he was learning so much from those extraordinary Burmese children. 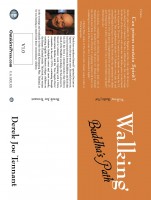 Reviews of Breaking Trail: Growing Spirituality for the Evolution of Our Consciousness by Derek Joe Tennant

You have subscribed to alerts for Derek Joe Tennant.

You have been added to Derek Joe Tennant's favorite list.

You can also sign-up to receive email notifications whenever Derek Joe Tennant releases a new book.