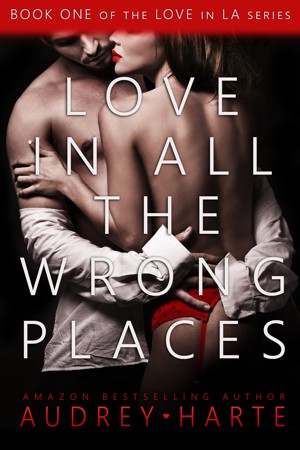 Love in All the Wrong Places

After finally finding an amazing guy who sweeps her off her feet, will he prove to be everything she could have wished for and more or is he too good to be true?
Download: epub mobi (Kindle) pdf more Online Reader
rtf lrf pdb txt
Price: Free! USD
Add to Library
Create Widget
Tags: romance love sex lust internet dating biracial dating
About Audrey Harte

She is currently working on a stand-alone F/F romance titled Sunset Stripped, tentatively scheduled to release in June 2017. The untitled book 2 of the Love in NYC series has been put on the back burner while she focuses on the new F/F romance.

Reviews of Love in All the Wrong Places by Audrey Harte

I really enjoyed the first 2 books and look forward to the 3rd. Cool story idea too!

You have subscribed to alerts for Audrey Harte.

You have been added to Audrey Harte's favorite list.

You can also sign-up to receive email notifications whenever Audrey Harte releases a new book.