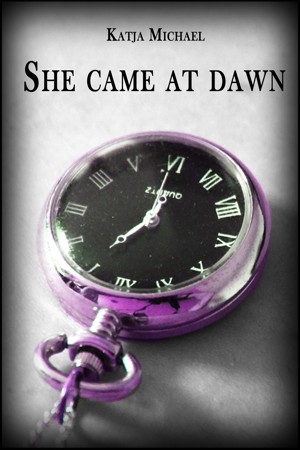 She Came At Dawn

College-student Melissa has it all: wealthy parents, a handsome boyfriend, good friends and the safety of already being fully settled in the middle of her twenties. But when Melissa gets to know her friend Tom’s new girlfriend, it changes everything. Laila, a stunning beauty with emerald eyes, seems to be able to show her that there are many other ways of living than the one seemingly hewn in stone for Melissa. The girls fall head over heels in love – but sometimes it's hard to follow one's heart when you have everything to lose.
Available ebook formats: epub mobi pdf rtf lrf pdb txt html
First 20% Sample: epub mobi (Kindle) lrf more Online Reader
pdb
Price: $3.99 USD
Buy Add to Library Give as a Gift
How gifting works
Create Widget
Tags: romance love gay lgbt queer homosexual lesbian lesbian romance triangle coming out best friend falling in love lesbian fiction girlslove
About Katja Michael

For Katja the love for the written word arose - as so often in life - only at a second glance. During her school years she didn’t enjoy the prescribed literature until several poetry projects built up a serious interest in writing. While studying English literature, she fell more and more prey to the more complex pieces. She devoured not only books, but began writing more complex pieces than poetry. To this day, her passion for words is unbroken and brought numerous poems, short stories and book projects with them. If the decision to write in German or English arises, she usually leaves it up to the first sentence.

After work or on the weekends Katja spends her time writing or outdoors with her camera. Her favorite motifs include not only power lines but also all kinds of lost places.
Her novel She Came at Dawn in the genre Lesbian Romance was published in 2013. Numerous new book projects in German and English, as well as a short story anthology, are already in progress. Later this year, her new novel (Genre Dystopian Young Adult LGBT) will be published.

Her favorite authors include classical writers such as Ernest Hemingway, and Virginia Woolf, but also modern novelists like Suzanne Collins or JK Rowling.

Reviews of She Came At Dawn by Katja Michael

Awesome book!! Finished it in one day!!! I highly recommend it!

(reviewed the day of purchase)
parikesit ninna reviewed on Jan. 27, 2014

I'm a fanfiction reader and a fan of an author "Damn Unique" whom wrote this beautiful novel. Just when i read the first chapter, i fell in love with the story and followed it.

I never believe in love at the first sight. And there are so much thing i don't believe in, some because i've never known about 'em. But this novel enlighten me to feel the existence of things i've never known or felt. It was like a map to the unknown city, it was one of many faces of love. It had the same two sides, its ruthlessness and its beauty.

Lets meet Melissa, the it girl with a perfect boyfriend. She had the world under her palm of her hand, so boring, no wonder she'd toss it for a mysterious raven-haired Ducati rider. But there was a problem. And a bigger problem. It was a woman and she was her best friend's girlfriend.

Long time ago, mom told me that I shouldn't bother about love. I think every mom of every girl said the same thing, too, and so did Melissa's mom. She ought to stick to a man that surely deserves her, but Melissa thinks Laila do. Read this book, join them in the joyride of love and prove that mommy lied.

Wow what great writing !! You made the characters so real that I couldn't stop reading. It's refreshing to see real inner turmoil when someone has such difficult decisions to make!! Keep up the Great work and I hope you achieve great success as you are very talented!

You have subscribed to alerts for Katja Michael.

You have been added to Katja Michael's favorite list.

You can also sign-up to receive email notifications whenever Katja Michael releases a new book.