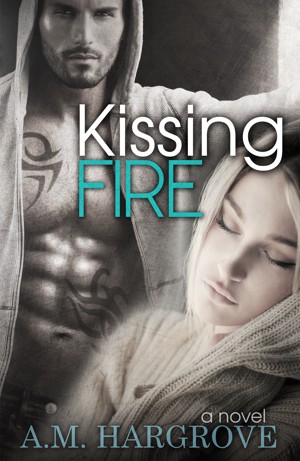 DEA Agent Preston Mitchell won't allowed himself to get involved with a woman until he finds himself the unwitting protector of Avery Middleton. When Avery moves to Seattle, she ends up in the wrong place and is running for her life with Preston defending her from danger. Suddenly, extraordinary things begin to happen between them, as Avery rocks Preston's world. More
Preston Mitchell, undercover DEA agent, has led a life of danger and obscurity. Knowing his job would never allow a normal relationship, he’s never opened himself up to any woman...that is until the lovely Avery Middleton stumbles into his life.

To the outsider, Avery has it all...wealth, family, connections and a great job. But on the inside, she’s miserable. Her social life is in the dumpster, the kooky gal next door has some zany plans for her and her selfish mother drives Avery to the point of insanity. Her only salvation is to get out of Charleston and start a new life. So that’s precisely what she does. She moves to Seattle and steps right into the path of hot and sexy, Preston.

Unfortunately for both of them, Avery ends up being in the wrong place at the wrong time and is now running for her life. But she’s not alone. She has a gorgeous DEA agent protecting her and suddenly finds herself irresistibly captivated by him. There’s only one problem. Preston carries more than his share of mental baggage, courtesy of his job. His covert missions have put him in places and situations he can barely stand to think about. Avery rocks Preston’s world because she is nothing like anyone he’s ever met and something extraordinary begins to happen between them. But can their love survive in this world, where danger, intrigue and deception lurk on every corner?

This is an adult contemporary romance and is not suitable for younger readers.

One day, on her way home from work as a sales manager, USA Today Bestselling Author, A. M. Hargrove, realized her life was on fast forward and if she didn't do something soon, it would quickly be too late to write that work of fiction she had been dreaming of her whole life. So, she rolled down the passenger window of her fabulous (not) company car and tossed out her leather briefcase. Luckily, the pedestrian in the direct line of fire was a dodge ball pro and had über quick reflexes enabling him to avoid getting bashed in the head. Feeling a tad guilty about the near miss, A. M. made a speedy turn down a deserted side street before tossing her crummy, outdated piece-of-you-know-what laptop out the window. She breathed a liberating sigh of relief, picked up her cell phone, called her boss, and quit her job. Grinning, she made another call to her hubs and told him of her new adventure (after making sure his heart was beating properly again).

Other than being in love with writing about romantic suspense, she loves chocolate, ice cream, and coffee and is positive they should be added as part of the USDA food groups.

Also in Series: The Edge Series

You have subscribed to alerts for A.M. Hargrove.

You have been added to A.M. Hargrove's favorite list.

You can also sign-up to receive email notifications whenever A.M. Hargrove releases a new book.