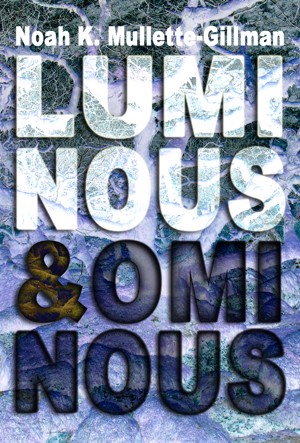 Rated 3.00/5 based on 1 reviews
If you had three days’ warning of the end of civilization and a safe place to hide:

What would you take with you? Who would you save?

And who would you leave behind?

Henry Willingham and his friends have three days to make the most terrifying decisions of their lives. The world has been infected by an inescapable living nightmare of alien vegetation that will replace all life on Earth.

Noah Mullette-Gillman was born in Montclair, New Jersey. He spent his childhood there, as well as in the town of Manly, Australia, and the woods of Upstate New York. He earned a multidisciplinary degree in Philosophy and Creative Writing at Bard College in Annandale-on-Hudson, New York.
His favorite color is blue.
His favorite number is 8.
His favorite song is currently Moment of Surrender.
He thinks better and more clearly as the day goes on, arguably climbing to his intellectual summit in the middle of the night, when the world has gone to sleep and he can think without any interfering broadcasts from other brains. 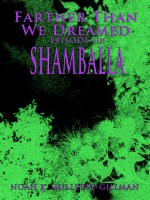 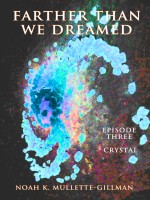 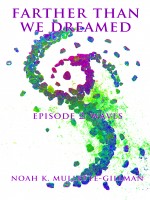 When Henry gets a disturbing video from a friend in the Peace Corps, he formulates a plan to save a dozen or so of his closest friends from an alien invasion. Gathering the friends turns out to be the first of his problems. After convincing them of the danger, he must plan for how to keep them alive and safe until this danger blows over. Something goes wrong in his plan, and he and two friends are left out in the world to fend against the alien plant life and find a way to escape the "Cornucopia Blue." Does Henry have what it takes to survive? Is it even worth the effort?

Written by Noah K. Mullette-Gillman, this story jumps between the story's present time (2014) and the beginning of the alien plant invasion (2012). I found this a really clever and effective way to tell this tale. The story starts out with Noah and his two surviving friends making their way through the altered landscape, and quickly switches to show the start of the invasion. With two such intriguing introductions to the two time periods, I was immediately engaged. Telling the two parts of the tale concurrently was a great technique to maintain attention, and, with clearly marked chapters and predicatable switches, it's easy to follow both story lines until they connect at the very end. Original and descriptive, it was an appealing tale. Where this story really shines is in the originality of the concept and the imagination involved in creating this alien life form. I could easily picture "Cornucopia Blue," as the plant invasion was christened, and I could almost feel the power of its allure.

Where this story really lacks is in the editing and the writing style. This story could definitely use another editing pass. There were enough errors to be annoying, with typos and some sentences that didn't make sense because of missing words. The writing style itself was very simple. It was written as though geared towards (or written by) a pretty young audience, with trite dialogue and a lack of true depth. I had to do a double check, thinking perhaps this was marketed for a youthful reader. It does make for a fast read, but I felt the writing style was much too simplistic and somewhat immature for a tale that had the potential to be truly intense and wonderful. There were also several points in the story where there was a sudden proliferation of exclamation points (in the narrative as well as the dialogue!), which increased the feel of a juvenile writing style.

The ending tied the two parts of the story together, yet left some ambiguity for the reader to decide what truly happened to Henry and his friends. All in all, not a bad ending. It answers the question of how they got from one half of the story to the other, and it leaves the reader to wonder "what happens next?" Although the ending was ok, I wish there had been a little more. There was a thread throughout the story that started with something Henry's stepdad had said to him: "Are you in a cave, or in the Universe?" Henry thinks of this question at several points throughout the story, but it's conspicuously missing at the end of the book. I think this could really have tied the story together in a way that added depth and left the reader with a greater sense of satisfaction, and made the ambiguous ending stronger.

Overall, a clever and unique tale that I felt was held back by the writing style. The originality and interest level of the storyline itself bumps it up for me to:

You have subscribed to alerts for Noah Mullette-Gillman.

You have been added to Noah Mullette-Gillman's favorite list.

You can also sign-up to receive email notifications whenever Noah Mullette-Gillman releases a new book.