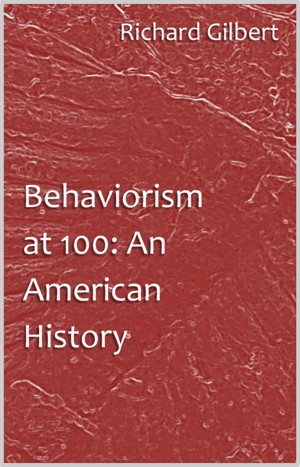 Behaviorism at 100: An American History

The article touches on four of B.F. Skinner's major contributions, with some focus on his elaboration of the parallel between the natural selection of features of populations and the reinforcement of varieties of behavior.

The article concludes by suggesting that Skinner's influence may be undergoing a revival. As was the case with Charles Darwin, several more decades may have to pass before his enormous contributions are fully appreciated. In Skinner's case the contributions were, and continue to be, to psychology, philosophy, linguistics, anthropology, and neuroscience.

Richard Gilbert lives in Toronto, Canada. Absent from psychology for several decades, he has returned to write a novel set in May and June 1939 in which Skinner makes a (fictional) visit to Britain and meets Sigmund Freud and Ludwig Wittgenstein.

Reviews of Behaviorism at 100: An American History by Richard Gilbert

You have subscribed to alerts for Richard Gilbert.

You have been added to Richard Gilbert's favorite list.

You can also sign-up to receive email notifications whenever Richard Gilbert releases a new book.