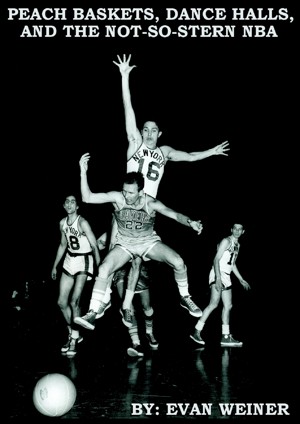 By Evan Weiner
The 21st century version of the National Basketball Association will never be confused with the various leagues that cropped up after Dr. James Naismith came up with a game in the fall of 1891 at a Springfield, Massachusetts YMCA. Dr. Naismith put up some peach baskets and gave 18 players a soccer ball and the game of "basket ball" was born. A century later, basketball was a global sensation. More
In 2013, Basketball may or may not be the world's second most popular sport behind football (soccer) but the game's growth has exploded since the 1984 Olympics. Dr. James Naismith created the game in 1891 and while it was a popular game, the professional version of the sport did not do well. Leagues came and went. Some of the best teams in the early days didn't play in an organized league and instead barnstormed and played games wherever a promoter put down a floor and offered a few bucks to pay the players.

The most successful of all the early basketball leagues, the National Basketball League, began operations in 1937. The NBL was based in the United States with teams that seemingly were aligned with the American auto industry in the Great Lakes region.

Basketball in the United States reflected the post-Civil War America. Negro players proved they could play with their white counterparts but were shut out of the professional leagues. The all-Negro clubs, the New York Rens and the Harlem Globetrotters won the World Professional Tournament in 1939 and 1940 beating established all-white National Basketball League teams. The NBL desegregated in 1942. The NBA would not sign a Negro player until 1950.

The Harlem Globetrotters would be scheduled as part of an exhibition-NBA doubleheader in many NBA cities because the Globetrotters will draw a crowd. The 1950s NBA was a sports non-entity.

In the 1960s, two leagues challenged the NBA for major league status in the United States. Both failed but changed the basketball industry despite financial problems.

In the 1980s, the NBA was still on the brink of failure. This is the story of the professional basketball from the people who were there, their story of old cars, dance halls and chasing TV dollars.

The book ends on February 1, 1984, the day David Stern became the fourth Commissioner of the National Basketball Association. Somehow the NBA survived against long odds in the 1940s, 1950s, 1960s and 1970s. Stern's NBA is sturdy. Franchise values have soared over a half billion dollars. The pioneers of basketball never did think the NBA would become a global entity. They were just happy to play pro basketball and then get on with their lives.
Available ebook formats: epub mobi pdf rtf lrf pdb txt html
First 20% Sample: epub mobi (Kindle) lrf more Online Reader
pdb
Price: $2.99 USD
Buy Add to Library Give as a Gift
How gifting works
Create Widget
Tags: sports management basketball history
About Evan Weiner

Evan Weiner is an award winning journalist who is among a very small number of people who cover the politics and business of sports and how that relationship affects not only sports fans but the non-sports fan as well. Weiner began his journalism career while in high school at the age of 15 in 1971. He won two Associated Press Awards for radio news coverage in 1978 and 1979. He was presented with the United States Sports Academy's first ever Distinguished Service Award for Journalism in 2003 in Mobile, Alabama. Advisor to the SUNY Cortland Sports Business Management Program. The United States Sports Academy's 2010 Ronald Reagan Media Award.

He was been a columnist with the New York Sun and provided Westwood One Radio with daily commentaries between 1999 and 2006 called "The Business of Sports." He has also appeared on numerous television and radio shows both in the United States, Canada and the United Kingdom. He has been on msnbc, CN8 and ABCNewsNow.

He has written for The Daily Beast about the politics of the sports and entertainment business and has a daily video podcast called, The Politics of Sports Business.

Evan speaks on the business of politics of sports in colleges and universities as well as on cruise ships around the world.

In 2015, Evan was featured in the movie documentary "Sons of Ben", the story of how a group of fans got a Major League Soccer team in the Philadelphia, PA market.

1987 Sports Beyond the Field
In 1987, I produced a cable TV show called Sports Beyond the Field. I hosted and wrote the questions for the program which featured Bill Daughtry and me. The guest on this particular episode was Lawrence "Larry" Fleisher, the then retiring Executive Director of the National Basketball Players’ Association, Part of the interview from that show made it into the book 25 1/2 years later.

John Vorperian show April 30, 2013
Evan talking about his book, From Peach Baskets to Dance Halls and the Not-so-Stern NBA with John Vorperian

segment two of John Vorperian's Beyond the Game, April 30, 2013
The 1970s and pro basketball and stories from the book

Evan receiving an award
Evan Weiner receiving the Ronald Reagan Award for journalism in Daphne, Alabama from the United States Sports Academy, January 7, 2011. Howard Cosell won the first award at that point I was merely the last.

Evan background
Evan telling film maker Paul Hirschberger about his background in journalism - Feb 07, 2012. Evan is scheduled to be part of Paul's documentary "Touchdown Israel". This is an out take.

Also in Series: Sports: The Business and Politics of Sports 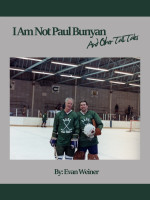 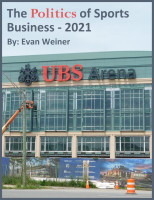 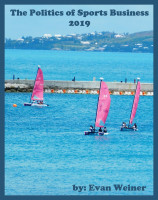 You have subscribed to alerts for Evan Weiner.

You have been added to Evan Weiner's favorite list.

You can also sign-up to receive email notifications whenever Evan Weiner releases a new book.