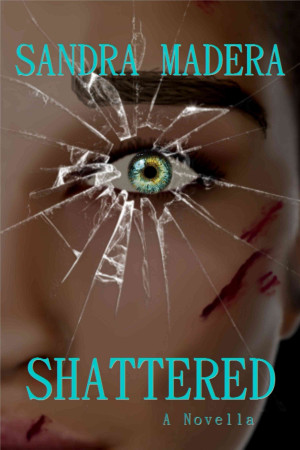 By Sandra Madera
Rated 3.50/5 based on 2 reviews
After a tragic accident, Miranda is devastated by the loss her twin sister. However, it isn’t long before she begins to wonder if her twins death was an accident at all. Now, she must find out who wanted her sister dead, because she is next. (2013's YA Novella) More
Identical twins, Miranda and Nastasia Moralez, couldn’t be more different. Being the head of the cheerleading team, Nastasia is the most popular girl in the school. Miranda is not, taking photographs in her spare time for the school paper. Life is normal until a tragic accident takes the life of one twin. Miranda quickly realizes that the car crash that took her sister’s life was no accident. It was planned. Now, Miranda has to find out who wanted her sister dead before she succumbs to the same fate.

“From the very first page I was taken into the story. With many twists and turns I was kept at the edge of my seat. The ending did catch me by surprise. This is a story I would enjoy reading over and over” - Josie Epping, Josie’s Haven Blog.

Sandra Madera currently resides in New York and is a college graduate, obtaining her bachelor's degree in science. However, her true passion has always been reading and writing. She has been writing short stories since she was a child. Upon publishing a number of free short works, she published full-length YA works; the Restraint Trilogy and the Wicked Willow Series. She is currently working on her next novel. For free YA short story downloads and for information on upcoming novels visit www.sandramadera.com and http://sandra-madera.blogspot.com.

The first thing that attracted me to this book, was honestly the cover. It's eye-catching and unique, and mixed with a synopsis that promises a good mystery, it seemed like something worth reading.

While it is listed as a "short story," I think I would probably categorize it as a novella. There are several characters the story follows, and it definitely has some intense and suspense-filled situations. The mystery of who killed the twin is awesome, and was very well done. I had no clue who it was until the last chapter, which left me biting my nails and had my stomach in knots.

I enjoyed Sandra Madera's writing style. It was quick, and she described the characters and surroundings very well. My only complaint, was the fact that in some places, especially in the high-suspense scenes, the author took the time to detail and describe things that I didn't really need to know, and it pulled me out of the intensity that scene was supposed to have. Some readers may enjoy knowing the color of the couch at the climax of the story, but I'm more of a "get to the action" reader, which is the reason for the four stars, instead of five. For a stand-alone mystery though, it was very good, and is one I would certainly recommend.

(review of free book)
Ethan Ransom Becker reviewed on on May 4, 2013

You will not see the end coming.

You have subscribed to alerts for Sandra Madera.

You have been added to Sandra Madera's favorite list.

You can also sign-up to receive email notifications whenever Sandra Madera releases a new book.