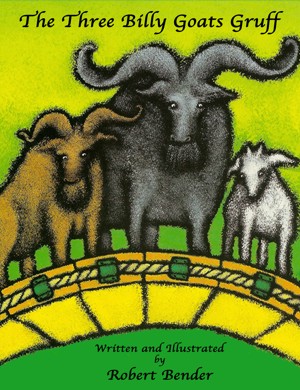 In The Three Billy Goats Gruff, Bender's dynamic images and concise language tell the story of three goats who are kept from their dinners by a threatening troll who guards the bridge.

Young readers will enjoy the trickery of the wily young goats and the power of their older brother who, in the end, defeats the hungry troll.

Robert Bender was born on May 1, 1962 in the Bronx (New York), and moved to South Jersey at an early age.

He attended Syracuse University (class of '84) and graduated with a BFA in illustration.

In the fall of 1984 Robert moved to New York, where he did freelance illustration for many years. Clients included The New York Times, Psychology Today, Billboard Magazine, and many other periodicals as well as pharmaceutical and educational publishers.

Robert's first foray into children's books was A Little Witch Magic, published in the fall of 1992. It was critically well received, and was included in the Publishers Weekly article, "Flying Starts".

A Little Witch Magic (1992), A Most Unusual Lunch (1994), and Barnyard Song (1997) were accepted into the Original Art Show at the Society of Illustrators in New York City.

Artwork from The Three Billy Goats Gruff was acquired by the Zimmerli Museum in 1996. A solo exhibition of that work was exhibited in the spring of 1997.

Art from Barnyard Song is in the collection of the Mazza Museum in Ohio.

Barnyard Song was included in American Bookseller's "Pick of the List", and School Library Journal's "Best Books of 1997". It also received the 1998 Carolyn W. Field Honor from the Pennsylvania Library Association.

Barnyard Song is the winner of "Michigan Reads! One State, One Preschool 2004." 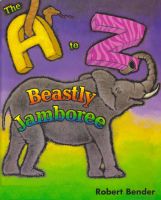 You have subscribed to alerts for Robert Bender.

You have been added to Robert Bender's favorite list.

You can also sign-up to receive email notifications whenever Robert Bender releases a new book.