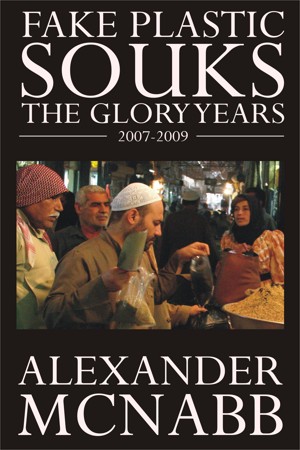 By Alexander McNabb
Alexander McNabb's Dubai based blog, Fake Plastic Souks, has charted an erratic little course over the years. Like a little pea green boat, it has bobbed on the waves of opulence and the stormy seas of the global financial crisis, throwing inane commentary and half-thoughts out to the benefit of a tiny audience.

This wholly irrelevant collection contains the first two years of Fake Plastic Souks! More
Published as part of a 'how to use ebook publishing platforms' workshop, this collection of posts from Alexander McNabb's Dubai blog, Fake Plastic Souks, charts the years 2007-2009 when Dubai transformed from a city of insane new projects, towers and island building to the new reality of global financial crisis.

You have subscribed to Smashwords Alerts new release notifications for Alexander McNabb.