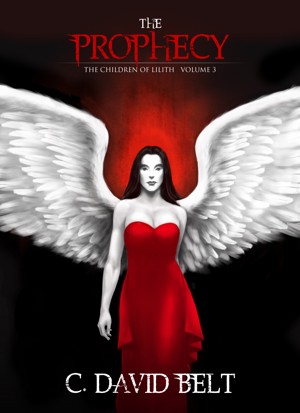 By C. David Belt
Rated 4.00/5 based on 1 review
An ancient prophecy, spoken by Adam, Lilith's grandfather, foretells her doom. She will do anything, corrupt any innocent, murder countless mortals to save herself.

To survive, she knows she must destroy Carl and Moira Morgan.

The war has begun.

And Carl and Moira know, win or lose, it all ends here. More
For 6,000 years, Lilith and her Children have walked the earth, hunting, preying, seducing, corrupting, ruling from the shadows...until now.

An ancient prophecy, spoken by Adam, Lilith's grandfather, foretells her doom. She will do anything, corrupt any innocent, murder countless mortals to save herself.

To survive, she knows she must destroy Carl and Moira Morgan.

The war has begun. 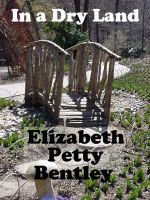 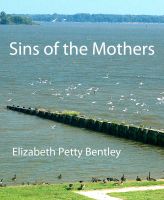 Reviews of The Prophecy by C. David Belt

Disclaimer: I was given a review copy by the publisher.

It had been awhile since I'd read The Penitent but there were enough references in The Prophecy to the main events in The Penitent to get me back in the story. The Prophecy picks up right where The Penitent left off so if you haven't read the previous book, you are going to be totally lost.

So now it's war. And war is ugly. And painful. And you lose people you care about. And it seems unfair. And hopeless. And because of the prophecy, Carl and Moira know that if they lose, they die and if they win, they die because all Lilith's children will die with her.

C. David Belt doesn't hold much back as he shows how evil Lilith is. I really like the part where Tony breaks the rules and is in contact with the enemy even though Carl tells his followers, “I cannot stress this enough, people: please watch what you say on cell phones, text messages, and emails. If you're posting on a blog or Facebook or some other website, please stop. Even little details can be assembled into a larger picture like pieces in a jigsaw puzzle."

But the rules don't apply to Tony, he's too smart. However, while we are free to chose our actions, we are not free to chose the consequences and sometimes it isn't us who ends up paying the price. And of course there are consequences to Tony's actions. It was hard reading about the consequences, but Belt managed to find the perfect balance of horror without going over the line with graphic details.

That said, there will be readers who will disagree with me and think Belt did cross the line and think it was too horrible for words. But that was the point, Lilith is capable of acts too horrible for words just like Satan. We all know people who think they are smarter than Satan and the rules don't apply to them; Belt is illustrating the consequences of this attitude in his story. Belt just takes the consequences to the worst extreme.

Belt adds two new groups of players in the war against Lilith -- the Marines and The People of Esther. Both play an integral part in the conclusion of the story. And while in one way the story ended the way I expected, I was surprised with how Belt handled The People of Esther and the future of life in this world without Lilith.

Overall, the three books were well written and it was a really good story with a satisfying ending.
(reviewed the day of purchase)