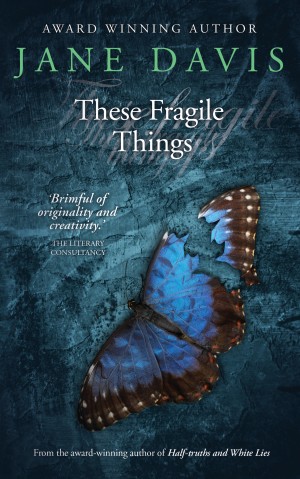 By Jane Davis
Rated 5.00/5 based on 1 reviews
As South London, still reels from the riots in Brixton, Graham Jones, an ordinary father, grows fearful for his teenage daughter Judy who faces a world where the pace of change appears to be accelerating. But even he cannot predict what will happen next. A series of events is about to be unleashed over which he will have no control, and the lives of his family will change forever. More
‘Davis is a phenomenal writer whose ability to create well-rounded characters … felt effortless.’ Compulsion Reads

Life can change in a split second. And nothing you can do will stop it.

As Streatham, South London, still reels from the 1980s’ riots in neighbouring Brixton, Graham Jones finds fatherhood a frightening place. How can he protect his family in a world where the pace of change is accelerating? He has more fear than faith in the future.

One afternoon, his fears are realised, but not in a way he could have anticipated. A wall collapses, burying his thirteen-year-old daughter, Judy. When rescuers dig out the crushed body in school uniform, her mother, Elaine, believes her daughter is dead.

However, Judy is a survivor. Against all medical predictions, she pulls through and even learns to walk again. The accident leaves scars, both physical and psychological, but the repercussions on her family have only just begun.

Elaine’s gratitude lies with the medical profession. Graham believes the power of prayer saved his daughter’s life, leading the headline-hungry press to label her The Miracle Girl. Divergent beliefs add tension to their marriage on top of the strain of caring for their only child. And things are about to get worse.

Judy claims to be seeing visions. Are these apparitions delusion, deception or divine? As their story is exposed to public speculation, Elaine’s claim on her daughter seems to be diminishing. She demands a medical explanation for the inexplicable and seeks solace in the physical.

Refusing to be drawn into her parents’ emotional tug-of-war, Judy is adamant. She must tread her own path, wherever it takes her.

With the trademark elegance of style and profound thoughtfulness one expects from this author, this intense and emotionally-charged portrait of a family deep in crisis will make you reflect on belief, faith and the enduring power of love.

‘Masterly writing on a subject most of us don’t give a second thought to.’ Amazon reviewer

‘Ultimately relationships, albeit in extraordinary circumstances, are central to this book.’ Goodreads

‘An elegant and understated prose style with a very satisfying rhythm. This is really very good writing indeed.’ Debi Alper

Jane Davis is the author of eight thought-provoking novels. Her debut, Half-truths and White Lies, won The Daily Mail First Novel Award and was described by Joanne Harris as ‘A story of secrets, lies, grief and, ultimately, redemption, charmingly handled by this very promising new writer.’ The Bookseller added her to their 'One to Watch' section. Compulsion Reads have called her 'a phenomenal writer whose ability to create well-rounded characters that are easy to relate to feels effortless'. She has since published six further novels, These Fragile Things, I Stopped Time and A Funeral for an Owl, An Unchoreographed Life, An Unknown Woman (awarded Self-Published Book of the Year 2016 by Writing Magazine and the DSJT Charitable Trust) and My Counterfeit Self. Most recently, her novel Smash all the Windows won The Selfies Best Self-Published Work of Fiction Award 2019. Jane's favourite description of fiction is 'made-up truth'.

What would you do if your child was named the “Miracle Girl” and she claimed to have ethereal visions? For the Jones family this scenario is about to be played out in their lives.

Judy Jones was a typical fourteen-year-old teenager growing up in Stratham, England in the 1980’s, when a brick wall fell down on her, trapping her in a phone booth. Against all odds she survives. Distraught over the realization that his daughter may never be the same again, her father turns to the church to save his little girl while her mother focuses on the pragmatic details of nursing her broken daughter back to health. Before the Jones family has time to heal from the trauma of the accident Judy and her father leap into the open arms of the Catholic Church while, her mother battles with the reality that her role in the house has changed.

Just as everyone in the family is settling down, Judy starts to have visions. A woman in white has a message for her, and Judy is determined to find out what that message is. When the news that a saint is living among the people of Stratham is leaked, crowds of believers set up camp in front of the Jones’s house, again throwing their routine into chaos.

These Fragile Things is a beautiful and thoughtfully written story about a family that is struggling with the harsh reality that life is fleeting. Author Jane Davis paints the picture of a typical suburban family whose lives are turned upside down not once, but multiple times. With each curve ball that Davis throws at the Joneses you can’t help but ache for this family that is desperate to keep some senses of normalcy.

Davis is a phenomenal writer whose ability to create well rounded characters that are easy to relate to felt effortless. Every person in the story could have easily been your next door neighbor or your best friend from school. The attention to these details instantly sucks readers into this world. In addition to the strong characters, Davis incorporates strong themes around religion, family, and loyalty that take this book to a whole new level of literary perfection.

I would strongly recommend this book to all book clubs. I think you will find that the discussion following the reading will be intriguing. I also would encourage anyone who struggles with the concept of religion or those who believe in miracles to read this book. I am confident that you will walk away with new questions and insight into the Church that you may not have had. Either way, the concepts, ideas and prose found in These Fragile Things will stick with you for a long time.

(This book was provided to Compulsion Reads for review by the author.)