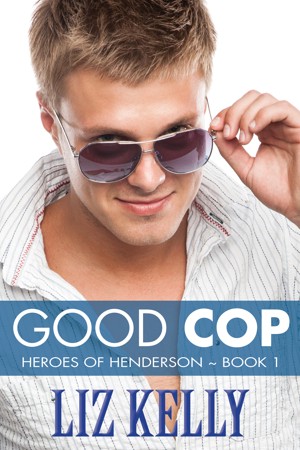 By Liz Kelly
Lolly DuVal has signed on to help Henderson's 'Golden Boy' learn to loosen up, shake his good cop image, and embrace his inner bad-boy. Yum!

At the same time, she's coaching the town's notorious 'Great Seducer' on how to appreciate women outside the bedroom. Hmmm.

And the two of them are best friends.

What could possibly go wrong? More
Good Cop is a full length, fun, sexy ride of a novel.

What happens when best friends fall for the same girl?

Local sports heroes Brooks Bennett and Vance Evans are used to being part of a winning team. But when it comes to romance their good cop, bad cop images have them handcuffed. They want a woman’s point of view to help unshackle their reputations, and they’ve picked out one pretty, pony-tailed firecracker to do it.

Also in Series: Heroes of Henderson

You have subscribed to Smashwords Alerts new release notifications for Liz Kelly.